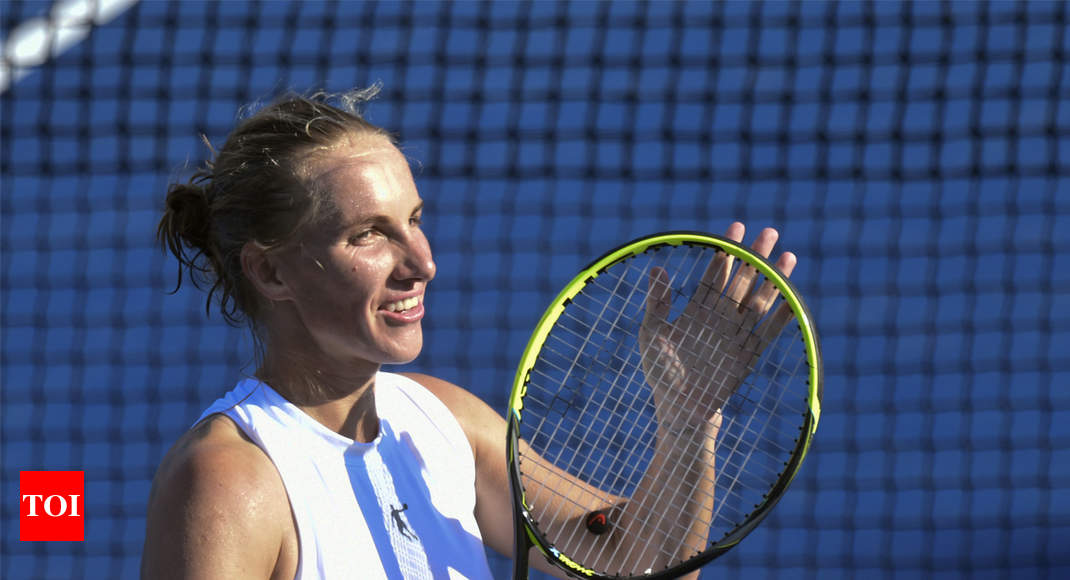 Former champion Svetlana Kuznetsova dropped just four games to reach her first WTA final in over a year as the Russian defeated Germany’s Andrea Petkovic 6-2, 6-2 in the semi-finals of the Citi Open in Washington on Saturday.

Kuznetsova, the former world number two, said she was surprised how well she played as she continues to comeback from last November’s wrist surgery.

“I didn’t expect such a good result so fast, because I haven’t been playing so well after my injury, after my surgery, so it took me some time to get back,” Kuznetsova, who was injured at last year’s U .S. Open, told WTATennis.com.

“I did some good preparation before this tournament, and I’m feeling great.”

Kuznetsova, who won the Washington tournament in 2014, will meet Donna Vekic in Sunday’s final.

Both winners endured long days as they were forced to play quarter-final matches earlier on Saturday in the rain-hampered tournament.

Kuznetsova turned back Yulia Putinseva of Kazakhstan 6-2, 6-2 while Vekic knocked off Magda Linette 6-1 7-6(0).

Petkovic got off to a quick start in her semi-final with Kuznetsova, the German winning 10 of the first 11 points.

But she did not win another game in the set as Kuznetsova took advantage of 15 unforced errors by the German to win six consecutive games and took three of four break point chances.

The Russian never trailed in the second set.

Kuznetsova, who last reached a final at the BNP Paribas Open in March of 2017, said that she originally came back too soon from injury but now feels in form.

“I wasn’t ready 100 percent, and I’m just starting to build my fitness and my game now.”