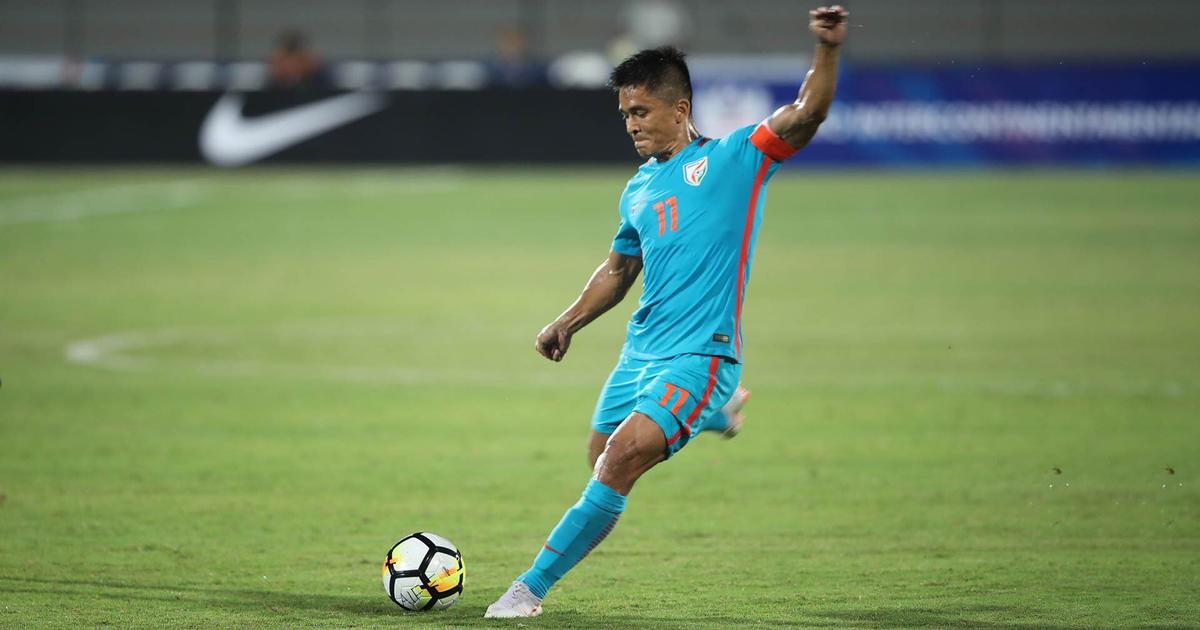 White’s comments comes after Chhetri smashed a hat-trick to guide India to a thumping 5-0 win over Chinese Taipei in the opening match of the Intercontinental Cup at the Andheri Sports Complex on Friday.

“He showed to my young players how to deal with a senior level at the senior level. My players will definitely utilise the experience in a positive manner. Congratulations to Sunil for his wonderful career and the goals. The youngsters from my team will certainly look up to him someday,” Chhetri said.

Referring to Chinese Taipei fielding a young squad, White maintained that the “experience” would help them in the long run.

“Everything went right for us in terms of future. We had six U-23 players and two U-19 players on the pitch. In addition, we had four players who made their debut,” Chinese Taipei coach Gary White said at the official post-match press conference.

“This was a learning experience for us. We will try to fix. Unless you try these players you never know,” he added.
Meanwhile, Indian men’s football team coach Stephen Constantine said the “boys gave everything they had.”

“I am obviously delighted to have won the game and congratulations to Sunil. He is capable of turning a game anytime. He could have scored five. But we take the three. He has been fantastic during my time here,” he said.
“It’s nice to win but the next two games will be much tougher,” Constantine added.

A master-class performance from captain Sunil Chhetri proved to be the difference between the two sides as his hattrick, and a goal a piece by Udanta Singh and Pronoy Halder led India to an easy win over Chinese Taipei, in a match largely dominated by coach Stephen Constantine’s men both in terms of possession and chances created, giving little to no room to play for the opponents.

India will take on Kenya next in their Intercontinental Cup match on June 4.