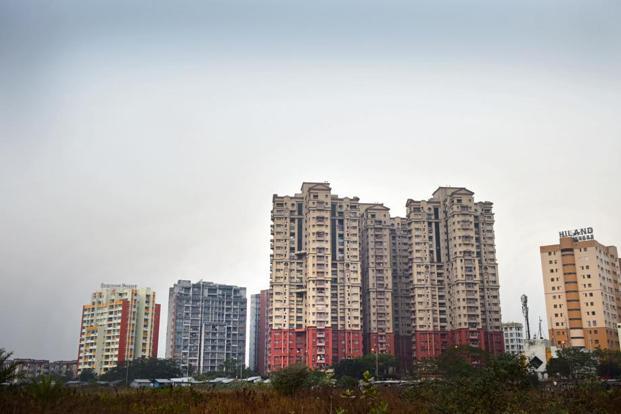 Dalian Wanda, which announced $10 billion investment in India, and Shanghai-stock exchange listed CFLD are yet to find their first projects in India.

Property consultants said the inability to find large projects and challenges of dealing with local bodies have delayed their plans. Besides, the Chinese government recently curbed outbound investments in sectors like real estate. 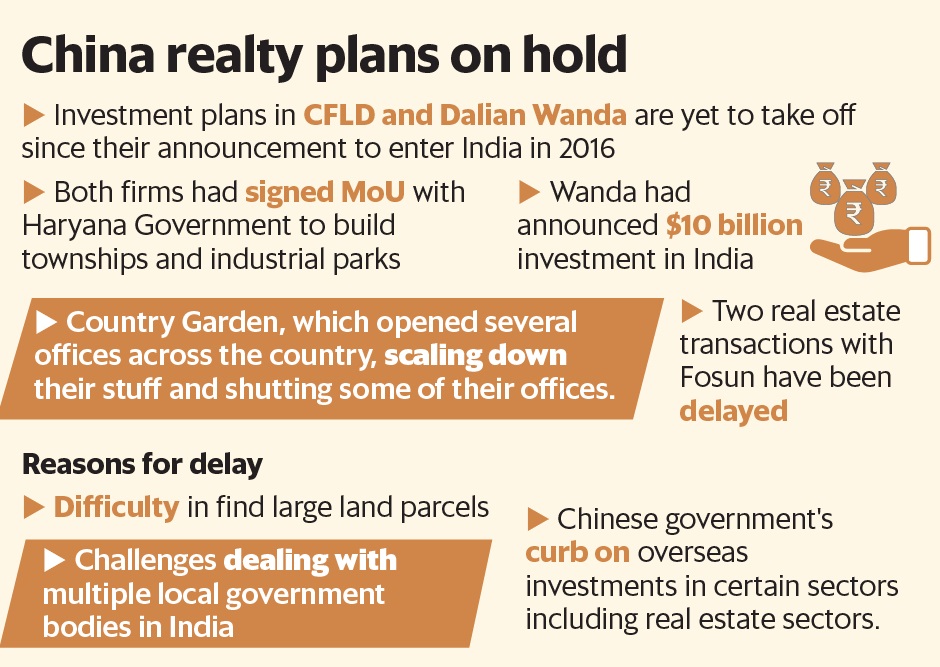 “About a year ago, Country Garden had nearly 300 people, including Chinese, in India. Now, it is less than half. There are only bare minimum people in each of its existing offices,” said the official cited above. Offices in Mumbai, Bengaluru and Gurugram are still operational.

Country Garden was in advanced talks with builders such as Wadhwa Group and Century Real Estate Holdings Ltd, and had even signed term sheets with land owners and local developers. “Apart from a single joint venture deal in Mumbai, none of the deals have taken off,” said a person familiar with the matter.

Email queries sent to Country Garden and Wadhwa Group were not answered.

Dalian Wanda, which announced $10 billion investment in India, and Shanghai-stock exchange listed CFLD are yet to find their first projects in India. Both had made separate agreements with Haryana government in 2016 to build large townships and industrial parks.

“It is difficult to sign large-scale projects. First land is priced high and funds don’t come cheap in India,” said Rajeev Talwar, chief executive officer (CEO) DLF Ltd, which held talks with officials of Wanda group in 2015. “It was only a familiarization meeting facilitated by the government of India. We haven’t heard anything from them after that,” he said.

Two transactions involving Fosun Group are also stuck because of Chinese restrictions. The company was close to buying 51% stake in Bengaluru-based Nitesh Estates for ₹800 crore. It was also close to signing a deal with Ahuja Constructions in Mumbai for ₹350 crore. “The deal with Nitesh was almost done. Now, it seems it will take another two months after which it should get concluded,” said a person familiar with the development.

“The initial euphoria among Chinese developers has died down. Tightening of norms for capital investment by the Chinese government has affected not just investments in India but their global expansion plans,” said Shobhit Agarwal, managing director and CEO, Anarock Capital.

Media reports have said that China has started targeting “irrational deals” often involving hotels, sports clubs and cinemas after outbound investment in 2016 hit all time high of $170 billion, causing the value of yuan to slump and leading to massive capital outflow.