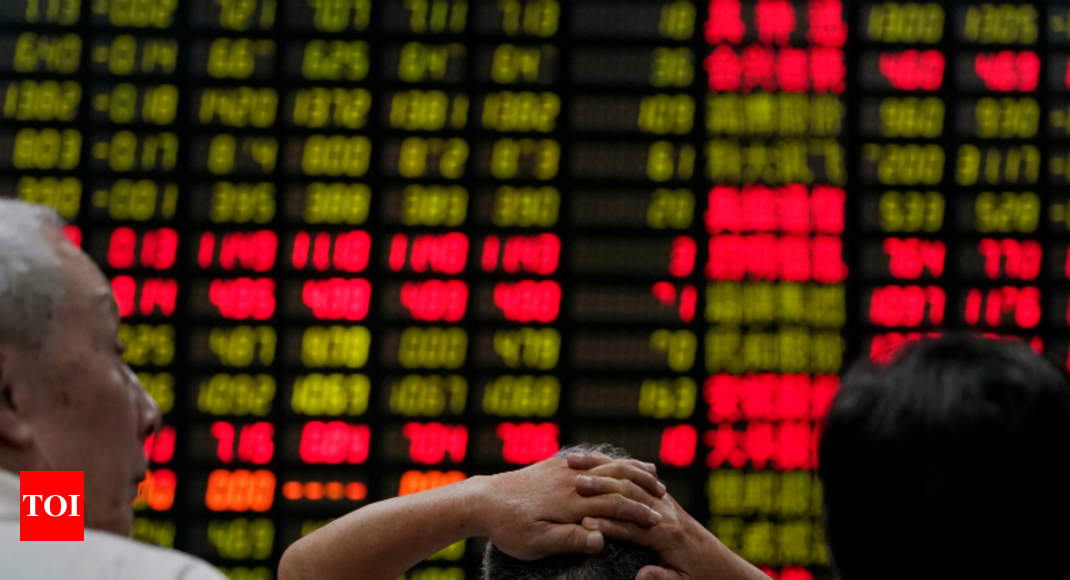 After a Thursday slump, Chinese equities were worth $6.09 trillion, according to data compiled by Bloomberg. That compares with $6.17 trillion in Japan. The US has the world’s largest stock market at just over $31 trillion.

China’s stock market overtook Japan’s in late 2014, then soared to an all-time high of more than $10 trillion in June 2015. Chinese equities and the nation’s currency have taken a beating this year amid a trade spat with the US, a government-led campaign to cut debt and a slowing economy.

“Losing the ranking to Japan is the damage caused by the trade war,” said Banny Lam, head of research at CEB International Investment Corp. in Hong Kong. “The Japan equity gauge is relatively more stable around the current level but China’s market cap has slumped from its peak this year.”

The Shanghai Composite Index has lost 17 per cent in 2018 to be among the world’s worst performers. Industrial and tech stocks have been among China’s worst performers, with those subgauges on the CSI 300 Index of large caps sliding more than 20 per cent this year.

China’s Politburo, a body comprising the Communist Party’s 25 most senior leaders, signaled on Tuesday that policy makers will focus more on supporting economic growth amid risks from the deleveraging campaign and the trade standoff. Still, the Shanghai Composite Index suffered its worst week since early February.

“The market will likely continue to hover at low levels for the next couple of months,” said Linus Yip, Hong Kong-based strategist with First Shanghai Securities Ltd. “But there’s still a chance that China’s stock market will recover with total capitalization ascending to the world’s No. 2 place again. After all, the economic fundamentals are still stable and growth momentum will resume after a short-term downturn.”

Losing the number two spot is a reminder that China’s role in global financial markets — while large — still doesn’t match its economic might. Policy makers have pledged to open areas such as investment limits on industries from banking to agriculture, but foreign ownership of equities and bonds remains low. The yuan’s share of global payments fell to 1.81 per cent in June from 1.88 per cent a month earlier, according to data from the Society for Worldwide Interbank Financial Telecommunication.

While Japan’s benchmark Topix index has declined more than 4 per cent this year, it remains one of the better-performing markets in Asia amid support from the Bank of Japan’s ETF purchases and as most companies continue to report robust earnings growth. Almost 60 per cent of firms on the gauge that have reported in the current earnings season have beat analyst expectations.

The yuan has weakened more than 8 per cent against the dollar in the past six months, and there are few signs the nation’s central bank has been intervening in the currency market. China’s currency is in line for an eighth weekly retreat, the longest run since the start of the country’s modern foreign-exchange rate regime in 1994. The onshore yuan was down 0.35 per cent at 6.8620 versus the greenback as of 4:16 p.m. in Shanghai.

The yuan’s tumble has prompted forecasters to lower their estimates for the exchange rate. Deutsche Bank AG was among the latest to do so, cutting its year-end prediction to 6.95 per dollar from 6.8 on Wednesday, saying trade tensions will likely put persistent pressure on China’s current account in the next few years.

The market value calculations include primary listings only, to avoid double-counting. Hong Kong’s equities are valued at $5.1 trillion.