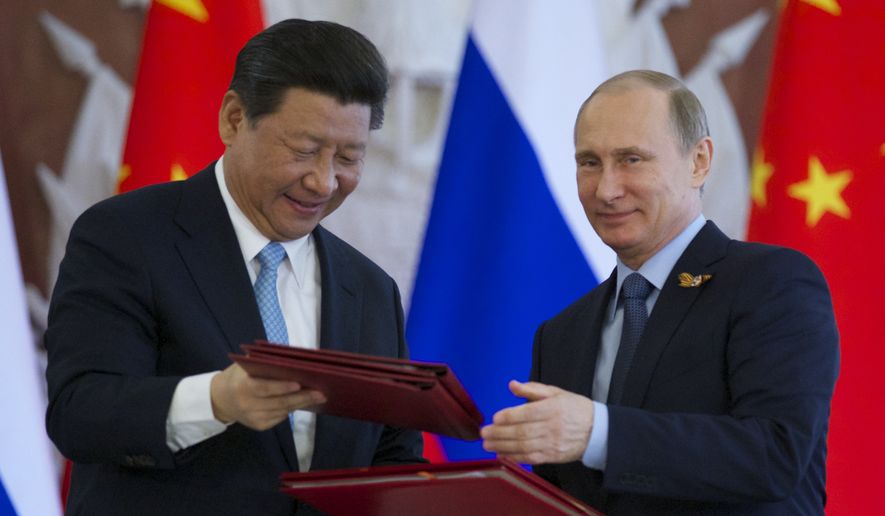 China and Russia could soon match the military might of the US and her allies – and the decline of western supremacy could lead to all-out war.

Those are the conclusions of a report by the International Institute of Strategic Studies (IISS), which says that although war between the great powers is not inevitable, Washington, Moscow and Beijing are now preparing for the possibility.

The IISS’s annual Military Balance 2018 report sets out at length how China’s leadership has stepped up its military programme in recent years, with huge spending on new technology that could give it an advantage on land, sea and air.

The opening of China’s first overseas military base in Djibouti will enable it to carry out missions over vast distances, and has been viewed as a major statement of intent.

While the pace of militarization is slower in Russia, partly due to a shortage of funding and industrial capacity, the country is “benefiting from experience of real life combat in Syria and Ukraine and has shown extensive capabilities in the field of hybrid warfare including cyber attacks”, says The Independent.

The Foreign Office said last night that the Russian military was responsible for the NotPetya cyber attack on Ukraine last year.

In a bid to combat the growing threat posed by Russia and China, reports CNN, the US Pentagon is asking for a boost in military spending for 2019, requesting Congress approve a budget of $686 billion – one of the largest in US history.

Touting the plans earlier this week, Donald Trump said the additional spending would make the US military the strongest it has ever been, with “increasing arsenals of virtually every weapon”.

But Dr John Chipman, the chief executive of the IISS, said the US could still find itself outgunned.

“Some governments in the West will look to ‘leap-ahead’ technologies to augment and even deliver military power,” he said, “but these are no guarantee of success.”