Story: Fiercely independent. Gutsy. Honest. Humane. Anjali will compromise on none of them. The boy has got to either say a direct ‘yes’ or a firm ‘no’ when it’s about marriage. Two strangers meet under strange circumstances and a love story not so typical unfolds. 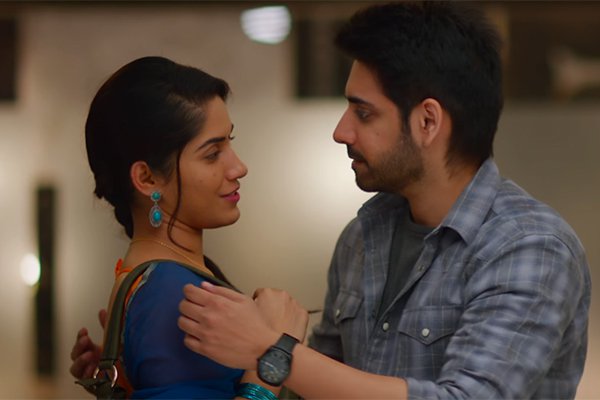 Review: Anjali (Ruhani Sharma) rings the doorbell. Arjun is literally caught with his pants down. He blames his parents for putting him in such a piquant situation. His mother implements a bizarre idea. Arjun is not interested in getting married for at least another five years because he’s got some goals but parents being parents do their best to try to convince him. Just so that he and the girl will have some time to understand each other, she organizes for the girl to go over to their house and meet up with Arjun without anyone else being in the house.

Arjun comes directly to the point and tells the girl that he does not have marriage in mind for another five years. To his surprise, Anjali too tells him she also had no such inclination after having seen the attitude of some suitors. She would rather take care of her ailing mother. The conversation extends. Anjali is only worried about how she should break the news to her mother that this ‘attempt’ at getting married has failed. Arjun gets curious. It is from this that debutant director Rahul Ravindran gets the audience engrossed. Anjali’s nature and character come out in everything she says or does. And Arjun slowly loses his heart to her.

This low-budget film is high on values with lessons that can be emulated to keep a family happy with a strong bond. Actor-turned-director Rahul Ravindran deserves much appreciation for keeping glamour completely out of the film to make a ‘must watch’ movie. Sushanth is at ease and comfortable in the role he plays. Ruhani Sharma is the one to watch out for in the movie. Simple in looks and fierce in acting. That’s her. Rahul Ramakrishna as a cop with his firm looks and stern voice grabs attention. Vennela Kishore as Arjun’s friend has a role to add a dose of humor. For those looking for entertainment as understood today, this may not be the film. But if you are someone who is faced with odds, Anjali, nay, Ruhani, will be an inspiration.