Chennai: Twenty thousand pairs of police eyes are not sufficient for the Greater Chennai police that covers the whole of Chennai district and parts of Kancheepuram and Tiruvallur district when it comes to detection and solving a crime.

With nearly 50,000 number of closed-circuit television (CCTV) cameras functioning in the city, the Chennai police authority is scrambling to increase the number of CCTV cameras to one lakh. Even this insufficient number of cameras is proving to be a lifeline for police as it helps them in nabbing the accused without giving them a chance in the court of law.

To attain the mammoth target of one lakh ‘all-seeing eyes’, city police have started to seek public and welfare associations’ help in installing CCTV cameras facing the road. “We have been asking people to install CCTV cameras in their shops and houses to face the roads. We also have been asking big corporate houses to support police by providing cameras under their CSR funds,” city police commissioner A.K. Viswanathan told Deccan Chronicle.

He said, “As of now, the city is covered by nearly 50,000 CCTV cameras. But we need at least 50,000 more to ensure better prevention and detection.”

The city police department recently started awareness campaigns to sensitize people on the advantages of CCTV cameras. One such campaign was conducted in Anna Nagar on June 28. “This is the era of CCTV cameras. CCTV footages have helped city police in cracking many cases from minor milk thefts to organised chain snatchings in the city,” he said. 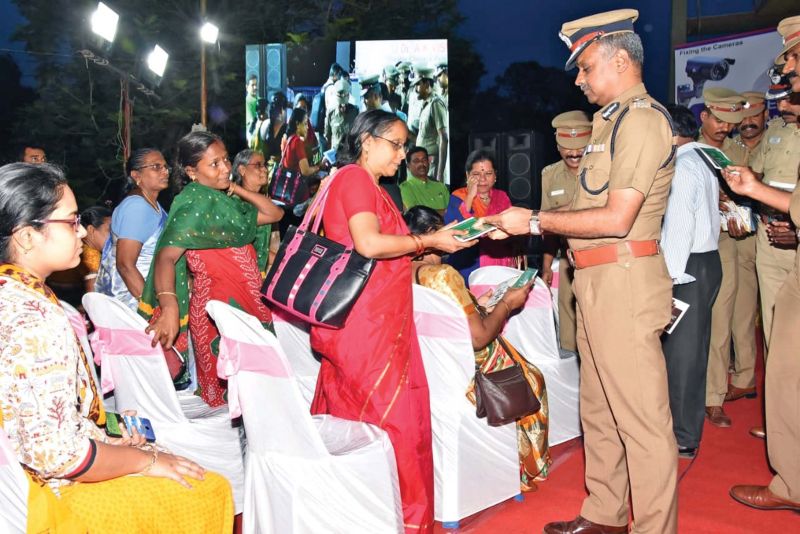 The city police commissioner pointed to the Tamil Nadu local bodies (installation of closed-circuit television units) Rules, 2012, which mandates CCTV cameras in commercial establishments and public building and said that city police had various government departments to install cameras in their buildings facing the roadside. “Installing one CCTV camera that matches police norms will cost a mere Rs 15,000 to Rs 20,000, but will help in detecting crimes and nabbing the accused,” A.K. Viswanathan said.

When asked to comment on other cities in terms of CCTV coverage, he said that he is not well-versed about other cities, but chain snatching incidents have been come down in Mumbai city after the installation of CCTV cameras.

Police departments and welfare associations are now recommending the higher quality- four-megapixel camera as identification and investigation is easier with better images.

Another important thing that dealers insist on is to buy CCTV cameras from authorized system integrators only. “There are only three brands in India. They all have a two-year warranty if bought from an authorized dealer. 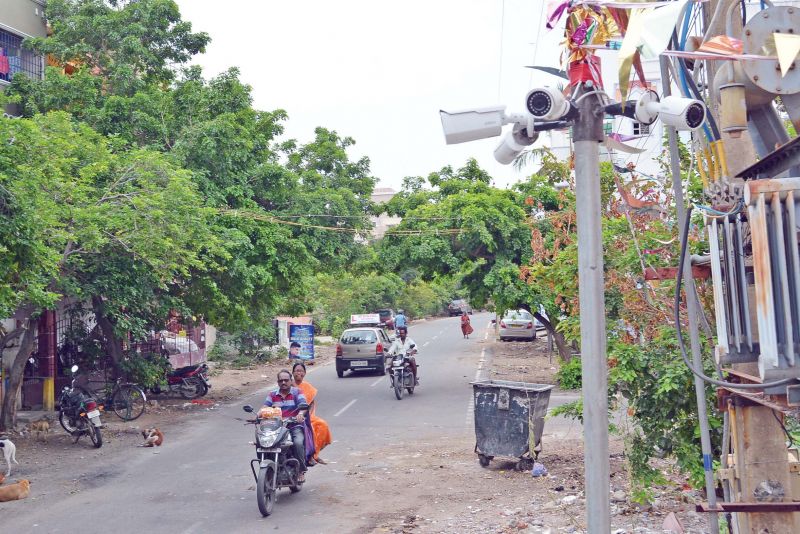 Chennai MPs to grant Rs 1 crore each
In a wake of shortage of CCTV coverage in the city, three of MPs of Chennai district had come forward to lend a helping hand to the city police. North Chennai MP Venkatesh Babu, Central Chennai MP Vijayakumar and South Chennai MP Jayavarthan met city police commissioner A.K. Viswanathan on Tuesday and discussed the installation of the CCTV cameras in the city.

How Iranian snatchers were nabbed
With chain snatchers giving a headache to the city police with their ‘chain’ of chain snatchings this summer, CCTV cameras facing the roads helped the Chennai police arrest Iranian based snatchers, who ran amok in the city, nearly a fortnight ago.

The police have been scratching their heads without a lead until they found the movement of snatchers by comparing CCTV footages retrieved from the crime spots. “With the help of CCTV footages, we came to know that the snatchers steal bikes after reaching TN border from Andhra Pradesh by car. After the loot, they left the bike on the border before escaping in their car,”the police said.

When the next vehicle missing reported, the police zeroed in on a car using CCTV images and chased the car to Andhra Pradesh. “An Iranian gang of three was arrested on the day and search has been launched to nab others,” a police officer said.

CCTV camera saves head constable his job
Had not L. Paramathma of Madhuravoyal installed a CCTV camera facing the road, Ramalingam, a head constable who was attached to Maduravoyal police station, would have lost his job or landed in jail. Paramathma, who is running a bakery shop on P.H. Road did not know about the advantage of CCTV cameras before he was called and given a reward by A.K. Viswanathan.

“I have two shops in the area. So I fixed a camera covering both shops and also the road. I am happy that my camera helped the police,” Paramathma said.
HC Ramalingam landed in trouble when he stopped a car on June 12 and warned the driver for using a mobile phone while driving. An argument ensued and Sathishkumar who was in the car suffered chest pain and died. Allegations were raised on social media that Ramalingam had pushed the man, killing him.
Paramathma’s CCTV came to his rescue and police checked the footage and cleared the man. “If the CCTV had not covered the incident, Ramalingam might be branded as accused and would have faced departmental action and public hatred,” Ramalingam’s colleague said.

Meanwhile, Paramathma said that the eight CCTV cameras in his shop had cost Rs 80,000 two years ago and help him watch live videos through his mobile phone. “After the incident, many of my neighbours developed an interest in installing cameras and enquired about the cost,” he added.