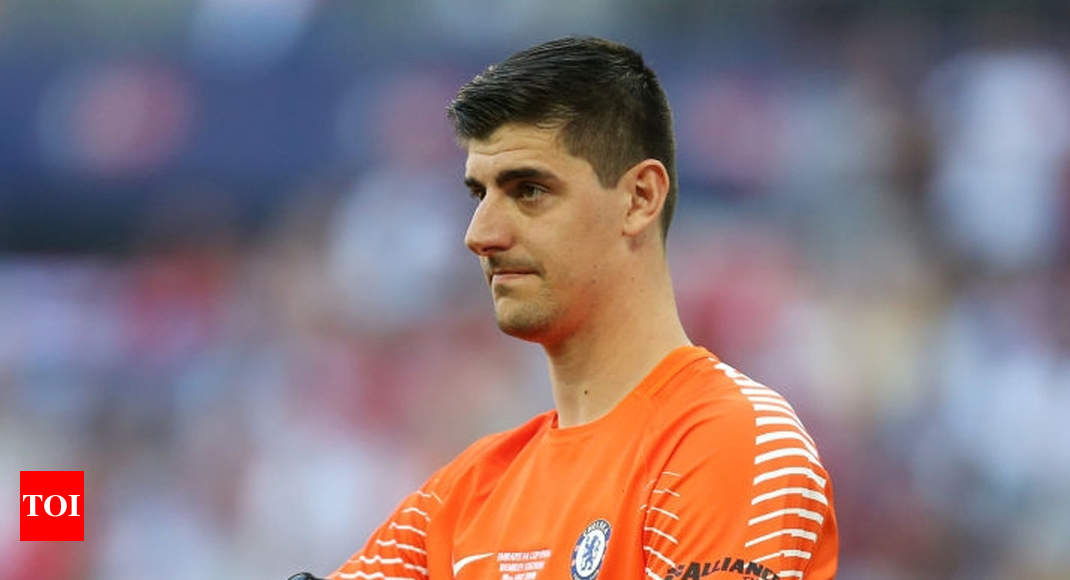 LONDON: Chelsea goalkeeper Thibaut Courtois wants a move back to Spain for family reasons, his agent said, following reports linking him with a move to Thibaut Courtois.

The Belgian is due to return to Chelsea training over the next few days after helping his country finish third at the World Cup and being voted the best goalkeeper in Russia.

The 26-year-old former Atletico Madrid number one has a year remaining on his Chelsea contract, but agent Christophe Henrotay said Courtois wants a move to the Spanish capital to be close to his two children.

“I have been reading everywhere that Chelsea are saying it is up to Thibaut, but he has made it clear to the club that the best option for him is to move to Madrid,” Henrotay told the Sun newspaper.

“For him this is a big decision because he wants to be near his family, and there is an offer in place for Chelsea to accept.”

Courtois has a three-year-old daughter and one-year-old son from a previous relationship.

“It is understandable people might be upset because he wants to leave the club, we accept that,” Henrotay added.

“But this is a human decision based on someone wanting to be close to his children – and that is a reasonable thing too.”

Chelsea manager Maurizio Sarri on Friday expressed uncertainty over the future of his goalkeeper.

“At the moment Courtois is the goalkeeper of the club, of Chelsea,” he said. “I don’t know in the future. It depends on the club. It depends especially on him, I think.

“But, I hope that Courtois will be our goalkeeper. It’s very important for us to keep the top players.”