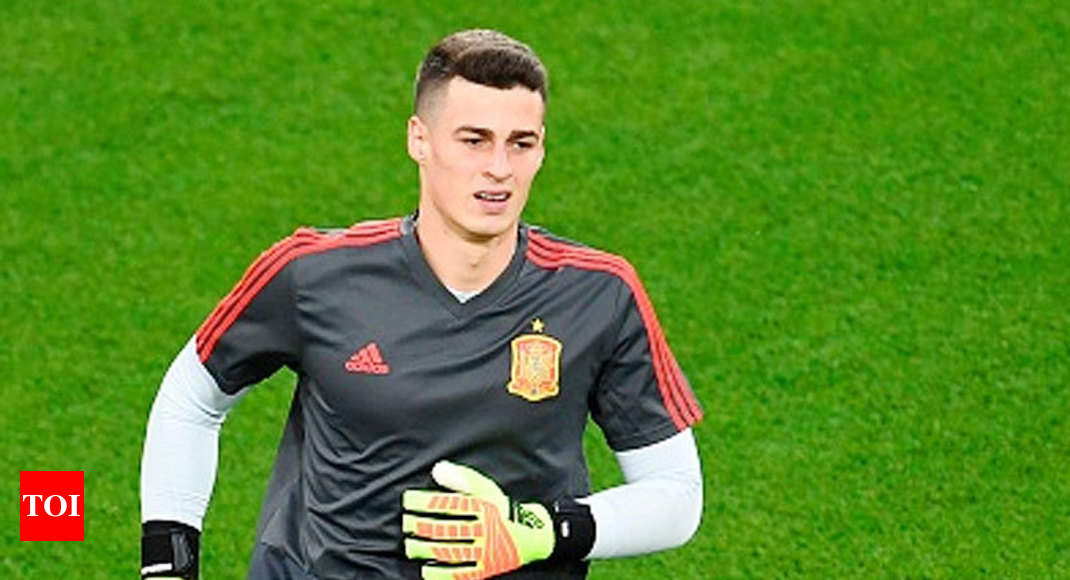 LONDON: Chelsea shattered the world-record fee for a goalkeeper with an 80-million euro swoop for Athletic Bilbao’s Kepa Arrizabalaga on Wednesday as the Premier League transfer window prepared to slam shut.

While the rest of Europe’s leading leagues don’t close the window until later in August, England’s top-flight clubs have until 1600GMT on Thursday to wrap up their business.

That set the stage for a dramatic day of wheeling and dealing across the country, with Chelsea getting the ball rolling on Wednesday night.

In a 90-minute spell, Chelsea agreed to sell Belgian goalkeeper Thibaut Courtois to Real Madrid in a deal worth around 35 million euros.

Chelsea added in a statement that subject to the completion of the Courtois deal, Croatian midfielder Mateo Kovacic would join the Blues from Real on a season-long loan.

Then it was announced that 23-year-old Kepa had penned a seven-year contract with Chelsea making him the most expensive goalkeeper in history at 80 million euros (£71.6 million, $92 million).

Courtois, who had less than a year left on his Chelsea contract, wanted to move to Spain for personal reasons.

The Belgium star, who spent three seasons at Atletico Madrid from 2011 to 2014, wanted to move closer to his two children in the Spanish capital and had stayed away from training with Chelsea this week in a bid to force through the transfer.

Kepa, who came close to joining Real Madrid in January, becomes the world’s most expensive goalkeeper, his fee surpassing the £67 million Liverpool splashed out for Roma’s Alisson last month.

Liverpool are the window’s biggest spenders so far, with boss Jurgen Klopp bringing in £160 million of new recruits, but the total spend by Premier League clubs is unlikely to smash the £1.4 billion record set in 2017.

Meanwhile, Manchester United boss Jose Mourinho is hoping for a busy end to the window after repeatedly complaining about the lack of depth in his squad.

Mourinho is reported to have clashed with United executive vice-chairman Ed Woodward following a series of failed attempts to land a top-class centre-back, with Leicester and England star Harry Maguire believed to be top of his wanted list.

But the Foxes aren’t keen to sell Maguire, especially on the cheap, so United may have to look elsewhere if they want a new face in their defence in time for Friday’s Premier League opener, ironically against Leicester at Old Trafford.

Tottenham defender Toby Alderweireld has been eyeing a move away from the north London club and could be a target for United, who appear to have missed out on Bayern Munich’s Jerome Boateng.

United midfielder Paul Pogba has been linked with a blockbuster switch to Barcelona after the France World Cup winner reportedly grew frustrated with perceived criticism from Mourinho.

But United are said to have no intention of allowing the former Juventus star to leave Old Trafford in the current window.

Time is running out for Tottenham to make their first major signing since the end of last season as they struggle to agree a price for Aston Villa midfielder Jack Grealish.

The Championship club are holding firm for a reported fee in excess of £30 million.