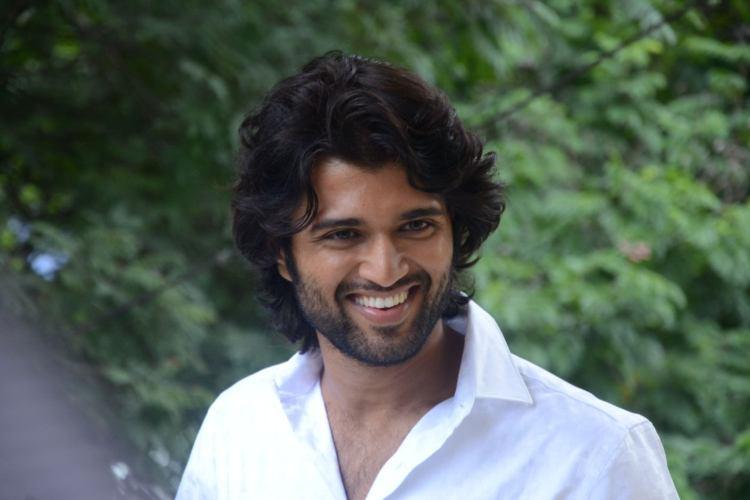 Telugu star-actor Vijay Deverakonda is all set to unleash a new side of his personality in director Parasuram’s Geetha Govindam. The film, starring Vijay as an innocent virgin, opens on August 15. Laughs Vijay, “He could easily be the hero of a Sooraj Barjatya film. Saaf, swachh, saral and sundar, Govindam is as far removed from Arjun Reddy as humanly possible on the moral compass.” He adds, “Virginity is his status in life, one that he decides to change only when he meets the woman of his dreams and marries her.”

Further, the actor says, “Govindam is the purest character I’ve ever played – chaste from head to waist. After playing a guy who is a promiscuous jerk, it is a relief to play a guileless virgin. I’ve played Govindam with utmost sincerity.”

Explaining the title of the film, Vijay says, “Geetha Govindam is originally an episode from the scriptures about Radha’s love for Krishna. But in this film, it’s about how the girl Geetha tortures the poor soul Govindam!”

So, does he aspire to have an ideal love in real life? “Nah! One has to be more practical. Remember, if you are looking for an ideal life, so is the girl. So the ideal situation is to meet midway,” says Vijay, who admits that he enjoyed playing an idealist. “I had to Google to get the definition of an idealist,” he jokes. “But Govindam is a thorough gentleman. It can’t get any more decent than this. After the way I threw my weight around in Arjun Reddy, I needed to swerve to the other side. That’s what I call a perfect balance,” says the actor, who has two other films ready for release.

“I now have three films in various stages of completion — Taxiwala, NOTA and of course, Geetha Govindam which is releasing first. It was suddenly imperative to release one of the three films quickly as there was a pile-up of my starrers,” quips the actor.

Vijay shares that he is equally excited about all the three films. “All the films are of equal importance to me. It didn’t matter which one released first. I am happy Geetha Govindam is going out there. It’s a fun film and not angst-laden like Arjun Reddy. I am glad to play a bachelor whom girls can take home to their mothers,” says the actor.