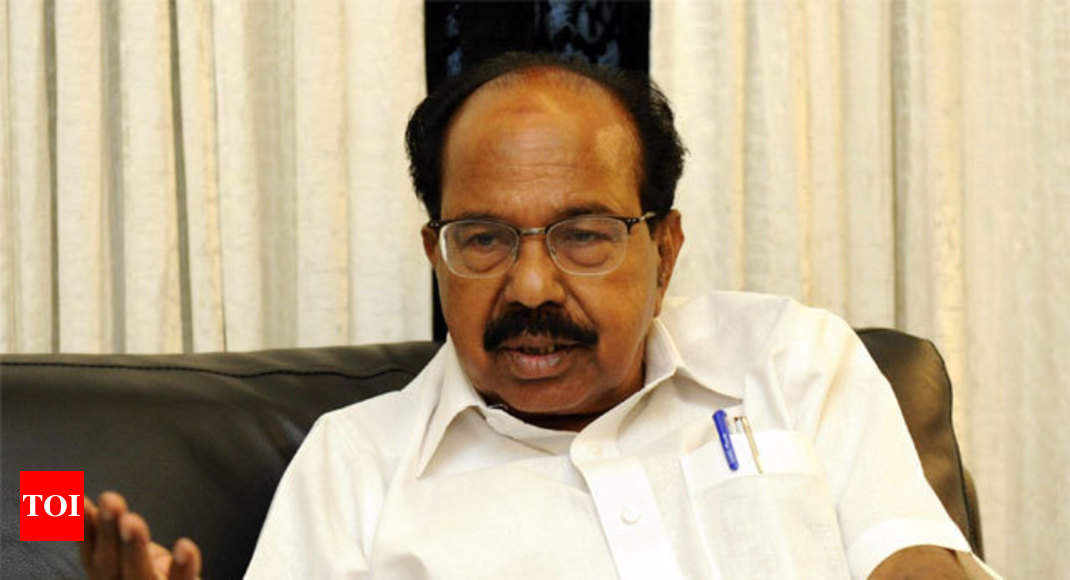 NEW DELHI: Even though the second anniversary of the Modi government’s most decisive and controversial economic decision — demonetising Rs 500 and Rs 1000 notes — is less than three months away, the chances of the Parliamentary Standing Committee on Finance presenting a report on the subject anytime soon appears increasingly remote.
Some panel members are even skeptical of the committee completing its task before the expiry of the current Lok Sabha. This despite many important government functionaries, such as RBI governor and top officials of the central bank and finance ministry, deposing before the committee some time ago during its elaborate deliberations on the subject.

According to sources, the persistent political deadlock on demonetisation in the committee has been such that chairman Veerappa Moily would find it difficult to even circulate a draft report among members before the panel’s yearly tenure ends on August 31. It will also mark completion of Moily’s fourth term as chairman.

Incidentally, Moily made an attempt to circulate his draft and get it adopted on the eve of the committee completing its tenure last August, only to see BJP members blocking it.

The political deadlock within the committee is mainly due to the determination of the numerically stronger BJP group — BJP alone has 12 members in the 31-member committee and NDA has a comfortable majority — not to give any leeway for a report that could be critical of the government decision. Though Congress has high-profile presence in the committee in Manmohan Singh, Digvijaya Singh and Jyotiraditya Scindia, the combined opposition is badly outnumbered as panel has representation proportionate to strength of parties in the Houses.

Even though the current commit tee may meet once more before August 31, the lack of political space for reaching a consensus on the demonetisation may prompt Moily to avoid the subject.

According to sources, he is likely to leave the task of presenting a consensus report to the committee which will be reconstituted post-August. The reconstituted committee will, however, have less than a year as the Lok Sabha term will end in May 2019. It may be noted that political parties have the right to retain members or nominate new representatives to the committee.

According to sources, when opposition members inquired at a recent meeting whether Moily intended to circulate a draft report before August 31, he said that he would not circulate one of his own as he would prefer scripting a draft report through consensus.

The Public Accounts Committee exercise on demonestisation too is moving at a snail’s pace due to similar reasons.