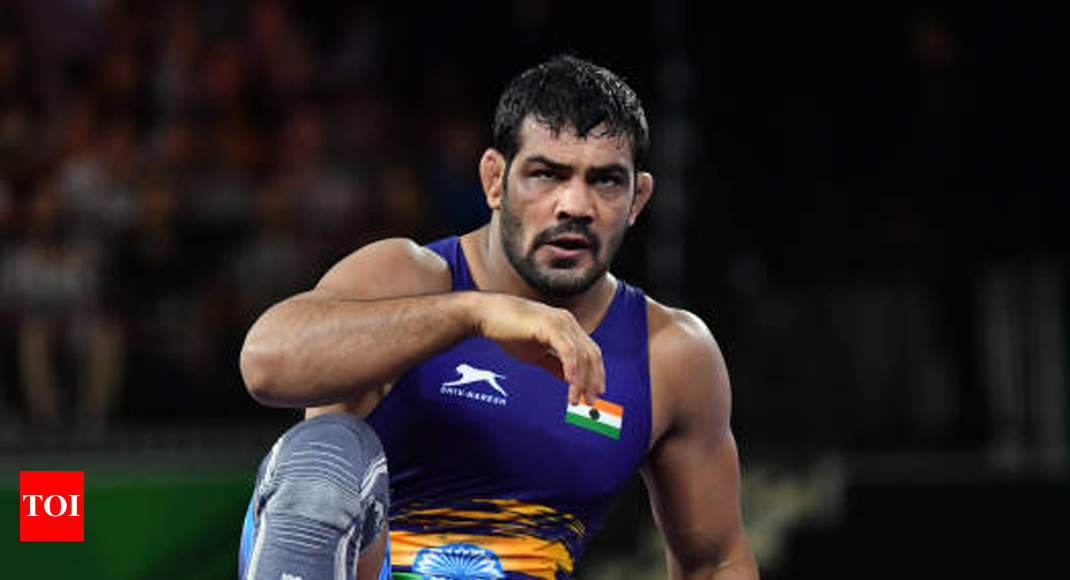 JAKARTA: Rising star Bajrang Punia and confidence-personified Vinesh Phogat will lead the Indian charge on the wrestling mat even as double Olympic medallist Sushil Kumar has a point to prove when the freestyle competition at the Asian Games begins on Sunday.

Rio Olympics bronze medallist Sakshi Malik will also gun for her first medal in the Asian Games after winning a bronze in the Gold Coast Commonwealth Games earlier this year.

Five of the six Indian men’s freestyle wrestlers will be in action on Sunday with CWG gold medallist Bajrang opening his campaign in the 65kg category against Uzbekistan’s Sirojiddin Khasanov.

The men’s Greco Roman and women’s competition will begin from Monday.

Bajrang is coming into the Asian Games after winning three consecutive gold medals – CWG (Gold Coast), Tbilisi Grand Prix (Georgia) and Yasar Dogu International (Istanbul) – and will be an outright favourite to claim the yellow metal.

In contrast, Sushil, India’s only athlete with two individual Olympic medals, is entering the field after losing his first bout in four years – in Tbilisi Grand Prix in Georgia last month – but sounded confident ahead of the competition.

Indian coaches said the competition is as tough as Olympics since mostly Asian wrestlers dominate the mat at big sporting events.

“You have to make a decision about your move and attack in split second. It will be very tough. But our boys and girls have prepared well. They have trained hard in the last one year. No rest, no gap,” India’s men’s freestyle national coach Jagmander Singh said.

“It’s never easy at the Asian Games. It’s of the same level as in Olympics. The Japanese girls mostly lift the World Championship title and they are all here,” Singh added.

“Harpreet has got a good draw. He has worked really hard and showed immense improvement during training. He should get a medal this time,” he said.

He also sounded confident about chances of Bajrang, who had won a silver in the 2014 Asian Games in Incheon.

“Japan and Iran have strong wrestlers but they are in the other half. Bajrang has defeated the Iranians before but he will not clash with them before semifinals. It will all depend on his defending skills in the later stages.

“Sushil has got a tough draw but he is a strong and smart wrestler. It will not be easy for him but he will manage,” Kuldeep said.

Women’s coach, also named Kuldeep Singh, said CWG gold medallist Vinesh Phogat, who will compete in the 50kg category, has got a good draw as the strong Japanese rival (Yuki Irie) is in the other half.

However, Chinese Sun Yanan, to whom Vinesh had lost in Rio Olympics and also suffered a terrible leg injury is in her half.

“Pinki should do something this time. She just has to beat the Mongolian girl (Sumiya Erdenechimeg) and she can win medal. Sakshi has to deal with just that Korean (Jong Sim Rim) initially since strong Mongolian and Japanese are in the other half.”

In the last Asian Games, India had returned with five medals with Yogeshwar Dutt being the lone gold medallist.

“We will have a better medal tally this time,” asserted men’s freestyle coach Jagmander.