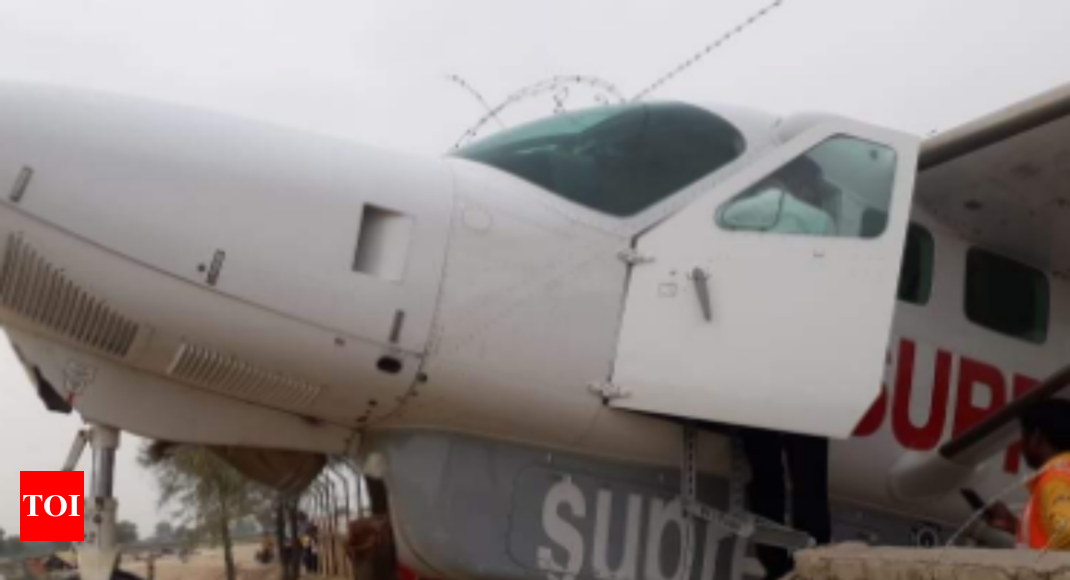 Nine persons onboard a Cessna Grand Caravan aircraft had a narrow escape when the turboprop overshot the runway on landing at Lalgarh airport in Sri Ganganagar, Rajasthan, on Tuesday. The aircraft (VT-UDN) belonging to Supreme Airline hit and broke the boundary wall.

“Flight 503 Jaipur to Sri Ganganagar with seven passengers and two pilots on board overshot the runway at Lalgarh. Since runway length is only 3,000 feet, after overshooting (runway) aircraft hit the boundary wall,” Supreme Airlines president and CEO Ammeet K Agarwal said in a statement. He added no person on the aircraft as hurt and that there was “no severe damage to any property including aircraft.”

He said pilots of the Cessna reported they overshot the runway due to presence of birds on the airstrip. “DGCA air safety has been informed and they shall further investigate for facts,” Agarwal said. The Cessna had taken off from Jaipur at 3.51 pm.

The Lalgarh Airport is owned by Rajasthan government and operated by Airports Authority of India. DGCA comments were awaited till the time of filing this report.