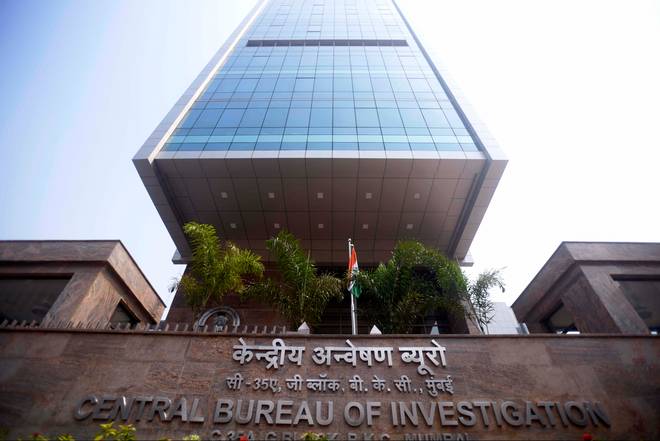 The Central Bureau of Investigation has booked a Karol Bagh-based jewellery exporter and other directors of two firms for allegedly cheating the Oriental Bank of Commerce (OBC) of ₹389.85 crore, in connivance with bank officials and some shady financial institutions. The main accused has been missing for over a year.

The CBI has registered the case about six months after the bank lodged a complaint alleging that the accused persons had gone underground, then about 10 months ago.

The modus operandi adopted by the accused was to use the bank Letters of Credit (LoC) to pay off other trade creditors against the purchase of gold and other precious stones, then transfer the gold and funds abroad using fictitious trade transactions and pay off the LoC liabilities using them.

The bank suspects that they also indulged in round-tripping of funds to increase their worth and get more credit facility.

The bank alleged that proprietor Mr. Sabhya Seth had orchestrated an elaborate plan for duping the bank. One Trade Chartered Bank has also been named for allegedly issuing LoCs without the request of foreign companies that made purchases from the accused.

As it turned out, the accused “exporters” were using the credit facility for discounting of bills under the LoCs established by various financial institutions, including Dubai Bank Kenya, Soleil Chartered Bank, Trade Chartered Bank, TF Bank Kontrakt and Century Bank Corp purportedly on behalf of the importers located abroad.

The process continued till the OBC noticed that these banks were poorly rated and that the exposure was getting on the higher side. Subsequently, the bank stopped release of funds and told the borrowers to ensure that the bills were drawn under LoCs of reputed banks.

On various pretexts, the accused persons managed to get extensions without any receipt of payments from the buyers located overseas. And then they went missing. The banks then moved the Debt Recovery Tribunal and also got some collateral assets liquidated.

In an attempt to recover the dues, the bank had also approached the buyers, including Devi Jewells, Mannat FZE and PlatDiam International, but did not get a response. It then found that some companies had been floated by the accused to execute the fraud. One such entity named Freya Trading Co., allegedly controlled by Mr. Seth, was shown as a major customer of Dwarka Das International with its dues standing at about ₹105.44 crore.

The bank also wrote to Al-Salam Jewellery of Dubai for clearing ₹83.28 crore in bills. However, the company said the payments had already been received by the Dwarka Das employees and that it had never got any LoC issued for the purpose.