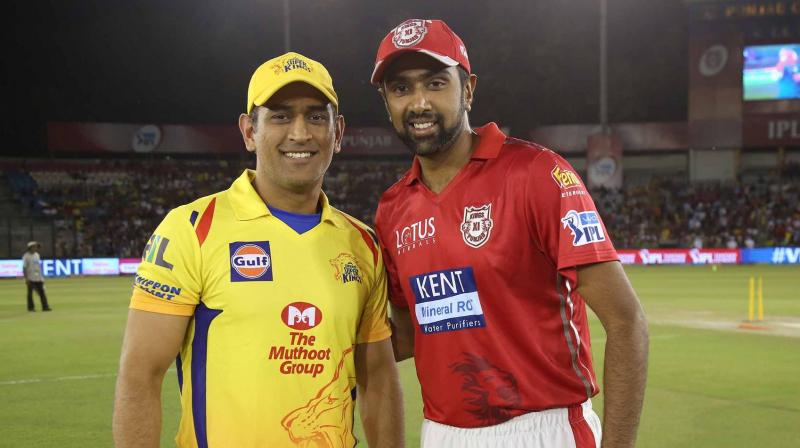 Mumbai: All has gone well so far for Kings XI Punjab (KXIP) in the 2018 Indian Premier League (IPL). Right from the player retention process to the auctions and now the season, the franchise has looked promising like never before. KXIP raised eyebrows when they chose Ravichandran Ashwin as the man to lead the side and now the Tamil Nadu all-rounder looks set to help the Preity Zinta co-owned outfit to their first trophy.

Aaron Finch heaped praise on the Team India cricketer, saying he has helped the team together as a unit. He even likened Ashwin’s leadership credentials to none other than ‘Captain Cool’ MS Dhoni, which has helped the KXIP skipper remain calm.

“I think Ashwin has been outstanding. While he hasn’t had a lot of experience of leading the side in the past, he has been a successful cricketer and has brought that to the table as a leader. He brings the group together and speaks to individuals before the game. Along with chief coach Brad Hodge, Ashwin has left no stone unturned when it comes to preparations for a game. He is very calm and that comes with playing under MS Dhoni. MSD is a cool guy and Ashwin has also been calm and made some great decisions,” the Australian was quoted as saying by CricketNext.

The hard-hitting batsman also stated that a right mix of young and experienced players have helped strike a right balance in the squad.

“Teams who have won in the past have been those teams where the Indian players have done well. This year round, we have had some quality performance from the Indian players and hopefully, we can continue doing this. The team has also been aggressive and that I think has also helped. The batting and bowling in the powerplay have been special and highlights why we have been successful. Having experienced campaigners like Gayle, Ashwin and Yuvraj Singh has also helped as we have a good mix of youth and experience,” Finch added.

KL Rahul and Chris Gayle’s explosive partnership at the top has seen Finch been demoted to the middle-order, where he has failed to perform at his best.

“I think they are playing beautifully at the top and that is a huge bonus as Gayle is one of the best T20 players and Rahul has also played like one of the best. Gayle is playing injury-free and enjoying the game and that is important. They are playing beautifully and I would love the opportunity to bat at the top, but I think these guys are doing really well. Been a disappointing fact that I have not contributed, but we have been improving as a unit and the team has still done well and that is a great sign. Couple of us haven’t been scoring heavily, hopefully, we can make an impact in the business end. To win the championship everyone has to contribute and that is something we are looking to change. I have been doing extra sessions and T20 isn’t easy,” he continued.