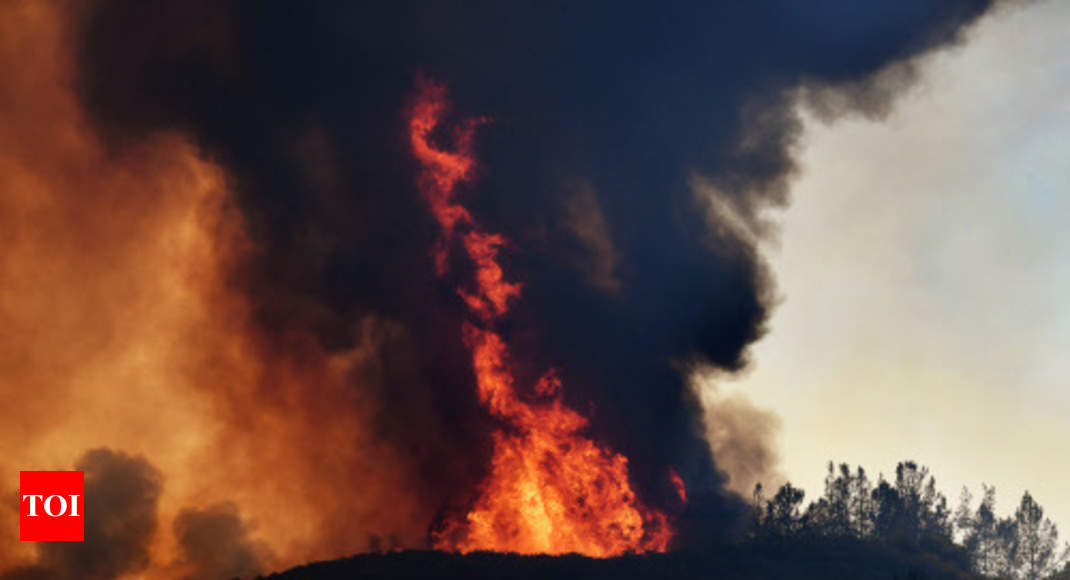 A fast-growing California wildfire that has already forced thousands to flee their homes and shut down a large national park surged overnight into Saturday, as fatigued firefighters battled gusting winds.

The blaze in Mendocino County, about 90 miles (145 km) north of San Francisco, had spread to cover a total of 201,471 acres (81,500 hectares) by early Saturday, after increasing more than 25 percent in size from Friday, the California Department of Forestry and Fire Protection (Cal Fire) said. It was 34 per cent contained.

The Mendocino Complex Fire is now the state’s largest fire at more than two-thirds the size of sprawling Los Angeles, and has forced the evacuation of nearly 16,000 residents and destroyed more than 100 structures.

It has swelled to become larger than the deadly Carr Fire, about 100 miles (160 km) to the northeast, which has killed at least six people and destroyed more than 1,500 homes, businesses and other structures.

Firefighters have managed to contain 41 per cent of that blaze and authorities are allowing some people who had evacuated to return, Cal Fire said.

Both areas remained under a “red flag warning” issued by the National Weather Service for strong winds, low relative humidity and temperatures topping 90 degrees Fahrenheit (32 degrees Celsius), all conditions that can drive the growth of wildfires.

This year’s California wildfire season has been more destructive than in years past, burning about 290,000 acres (117,300 hectares), more than double the five-year average over that same period, according to Cal Fire.

In total, 14 states are currently reporting large fires. Most are in other western states but wildfires have also struck Texas and Florida, according to the National Interagency Fire Center.

So far this year, fires have blackened 4.9 million acres throughout the United States, significantly higher than the 10-year average, according to the center.