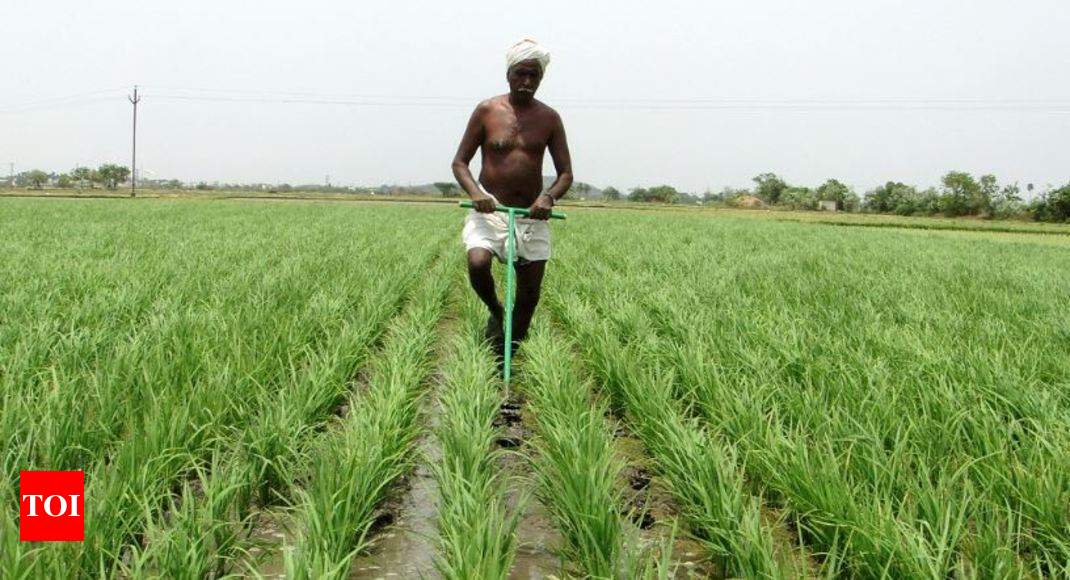 NEW DELHI: The government on Wednesday hiked the minimum support price (MSP) for paddy by a steep Rs 200 per quintal as it looked to fulfill its poll promise to give farmers 50 per cent more rate than their cost of production.

The decision, taken by the Union Cabinet headed by Prime Minister Narendra Modi, comes less than a year before next general election.

While the BJP had promised in 2014 to give farmers a price of 1.5 times of cost, an announcement to give effect to the promise was made in the government’s fifth and final annual Budget presented on February 1 this year.

The Cabinet Committee on Economic Affairs (CCEA) at its meeting today approved the MSP of 14 Kharif (summer-sown) crops.

Hike in paddy MSP will increase the food subsidy bill by over Rs 11,000 crore based on procurement figure of the 2016-17 marketing year (October-September).

The Food Corporation of India (FCI), the government’s nodal agency for procurement and distribution of foodgrains, buys wheat and rice from farmers at MSP and supply the grains under the food security law.

Paddy is the main kharif (summer sown) crop, the sowing of which has already begun with the onset of southwest monsoon.

Earlier, sources had said that the MSP rate proposed by the agriculture ministry is higher than the government’s farm advisory body CACP, considering growing farm distress because of fall in prices of most crops, owing to bumper production.

India is estimated to have harvested a record foodgrains production at 279.51 million tonnes in the 2017-18 crop year (July-June) on all-time high output of rice, wheat, coarse cereals and pulses.

The announcement of higher MSP coupled with forecast of normal monsoon this year could further boost foodgrains output. However, the higher support price could also fuel food inflation.