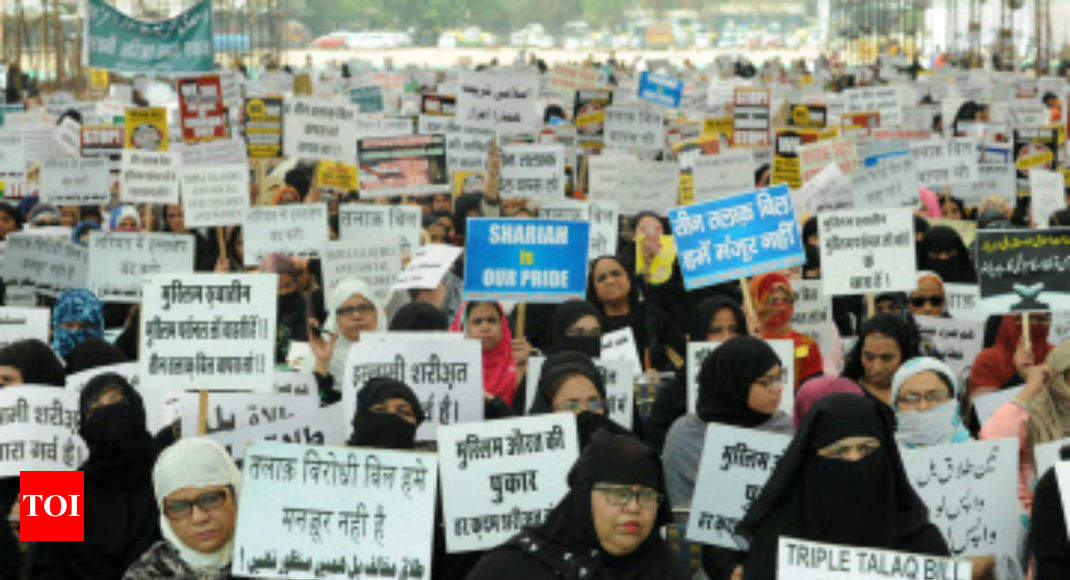 NEW DELHI: The Cabinet approved on Thursday the provision of bail in the triple talaq bill and also allowed reconciliation proceedings, besides allowing only a wife, her blood relatives or those in the family she has married into to file a police complaint against a man.

The ‘offence’ of instant triple talaq will remain a non-bailable one when a man is arrested but he will be able to apply for bail before the trial, but only after the magistrate hears the wife. Pronouncement of talaq in one go will attract a jail term of three years for the husband.

The ‘Muslim Women (Protection of Rights on Marriage) Bill’ was cleared by Lok Sabha but hit a wall of opposition in Rajya Sabha, where many parties demanded that the provision of bail be included.

Justifying the decision to keep the offence non-bailable, law minister Ravi Shankar Prasad said, “Deterrence has to be there. There were fears of misuse and we have addressed them through these changes.” Friday is the last day of Parliament’s monsoon session. If the bill is cleared by the Upper House, it will have to go back to Lok Sabha for approval of amendments.

Prasad said 389 cases of triple talaq were reported between January 2017 and July 23, 2018. Of these, 229 cases were reported from January to August 22, 2017, when the Supreme Court struck down the provision as unconstitutional.

Prasad urged Congress leader Sonia Gandhi to stand up for the dignity and justice of women and asked the party to make its stand on the bill clear.