By comparing his govt with UPA’s, Modi argues that NDA has delivered | INDIA
Categorized as
125
Tagged as
Narendra ModiPakistan
Related 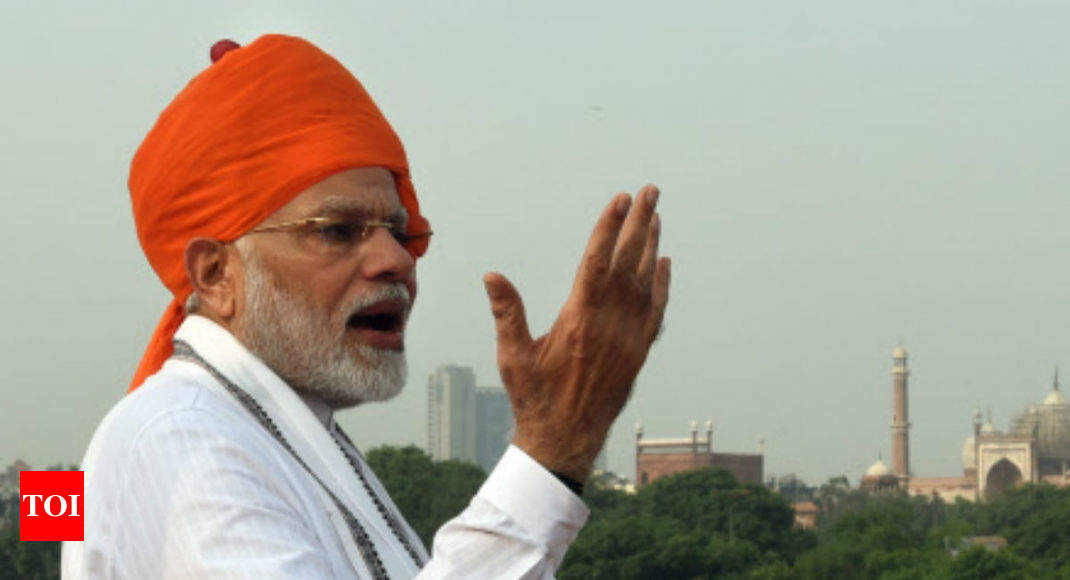 NEW DELHI: With a detailed comparison between the situation in 2013 ahead of his assuming office and the record of his government, Prime Minister Narendra Modi laid the central theme for his election campaign, arguing that the NDA had delivered and needed some more time to finish the task.

The Prime Minister referred to several achievements and how those were placed in the UPA dispensation, a strong political thread that ran through his Independence Day speech. In reminding his audience of the “policy paralysis” of the UPA tenure, the PM offered a rebuttal to opposition questioning NDA’s “politics of performance”.

“If we talk about providing electricity to villages on the basis of work done in 2013, it would have taken a couple of more decades. If we talk about providing smoke-free LPG gas connections to the poor, it will not have been completed even in 100 years. We will strive to maintain the same pace of development,” Modi said, signalling a claim to a renewed stint in office.

The PM did not spare his detractors, who accuse him of overstatement, as he said, “There is a saying in Gujarati ‘nishan chuk maaf lekin nahi maaf nichu nishan’ which means missing a big target is better than setting a lower one. However, for that, one has to strive hard and be answerable.” Stressing his claim to conceiving and delivering big projects, the PM said, “We don’t draw a line in butter, we do it on stone.”

Assurance of a new agricultural export policy to boost the farm sector and reiteration to double the income of the farmers by 2022 is a major move to reach out to the farmers and defuse the opposition onslaught over the agrarian crisis in some parts of the country.

Though opposition parties have accused BJP of persisting with its Hindu polarisation card, the PM’s speech reflected a focus on the perfor mance of the gover nment without any reference to Pakistan or issues like the National Register of Citizens.

There was, however, a reference to triple talaq in the context of women’s issues in an attempt to corner the opposition for preventing passage of a bill that seeks to punish Muslim men for handing out instant divorces held to be unconstitutional by the Supreme Court.

Recalling efforts for Dalit empowerment and passage of the ‘OBC bill’ was a political message that the party is committed towards welfare of the underprivileged, an agenda through which the saffron party aims to take on opposition parties.

“Whether it is a Dalit or be it someone who has been persecuted or exploited or be it a deprived person or women, our Parliament has made social justice stronger with all the sensitivity and alertness to protect their interests,” PM Modi said.