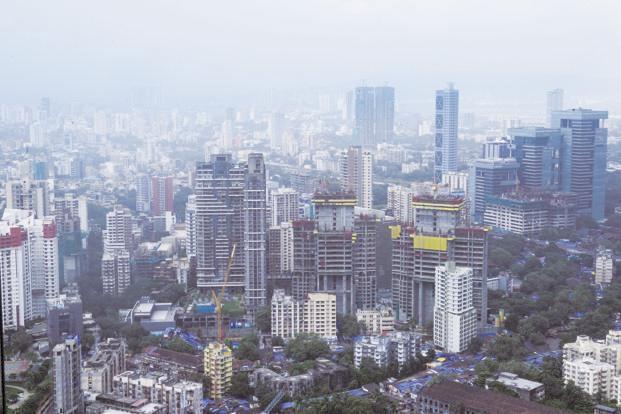 Sales grew a marginal 3% to 124,288 units in the first half of this year. Photo: Aniruddha Chowdhury/Mint

Bengaluru: Residential project launches saw a steep rise between January and June, but only a handful of projects sold successfully in the top few cities. Prices, product, location, developer brand and flexible payment schemes played a role in selling homes this year, but the key takeaway from most of the top selling projects was: buyers today love budget-friendly homes in well-connected locations.

Both offered compact homes in different formats, and were priced between ₹35 lakh and ₹80 lakh. For 882 units in the Adore de Goa project, the developer received 1,400 expressions of interest, and in Park Square, Bengaluru, 900 units of the 1,100 launched units have been sold. 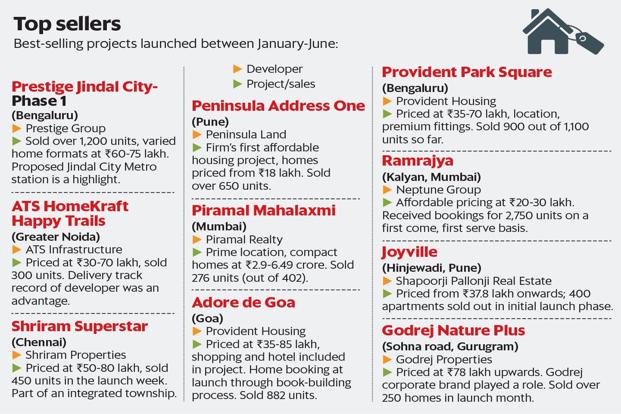 Another Bengaluru-based developer, Prestige Group, launched the first phase of Prestige Jindal City, and has sold over 1,200 units of the 2,000 homes.

Swaroop Anish, executive director-business development at Prestige, said it was important to get the right home sizes for the location so that it fits into a consumer’s need at a particular price.

A total of 91,739 housing units were launched in the first half of this year, a 46% jump from a year earlier, property advisory Knight Frank said in a July report. Sales, however, grew a marginal 3% to 124,288 units in the same period.

“Real estate has become a level-playing field in the new regulatory regime and a number of smaller developers are being able to sell well. Price is the determining factor and larger, branded developers are also selling at a discounted price,” said Pankaj Kapoor, managing director of Liases Foras Real Estate Rating and Research Pvt. Ltd. Affordability and compact homes have been a common pattern with most of the newly launched projects.

Launches of Piramal Realty Ltd and Peninsula Land Ltd, in Mumbai and Pune, respectively, saw the two premium housing developers reaching out to a broader customer base with smaller units at lower prices. Piramal Mahalaxmi sold 276 of the 402 units, at a starting price of ₹2.9 crore for a compact two-bed home. It received bookings of ₹1,500 crore in the launch period.

Mumbai’s Peninsula Land ventured into affordable housing, with homes at ₹18 lakh onwards and tied up with Anarock Property Consultants as a strategic partner to push sales.

“There are now around 50 high-quality players left in the field who can look forward to long-term business sustainability on account of their ethical approach to developing and selling their products. These include not just national-level developers but also prominent regional builders with strong balance sheets,” Puri said.

Bengaluru’s Shriram Properties Pvt. Ltd launched the mid-market priced Code Superstar project, part of its mixed-use township Gateway in Chennai and sold 450 units in a week. “We stopped sales after that and plan to launch the next phase soon. In the past six months, we have sold 1,200 units in Chennai and the Shriram brand played a big role,” said M. Murali, chief executive officer and managing director Shriram Properties Pvt. Ltd.

Noida-based ATS Infrastructure Ltd, which announced its affordable housing entry this year under the HomeKraft brand, launched its first project Happy Trails in Greater Noida, in May. It sold 300 units or one-fourth of the project inventory.

“Though we are selling at ₹30-70 lakh, it is 30% above the existing market rate. Customers booked because we have delivered homes before. Developers are giving unreasonable discounts today. We’d rather not sell than sell cheap,” said Getamber Anand, chairman and managing director of ATS.