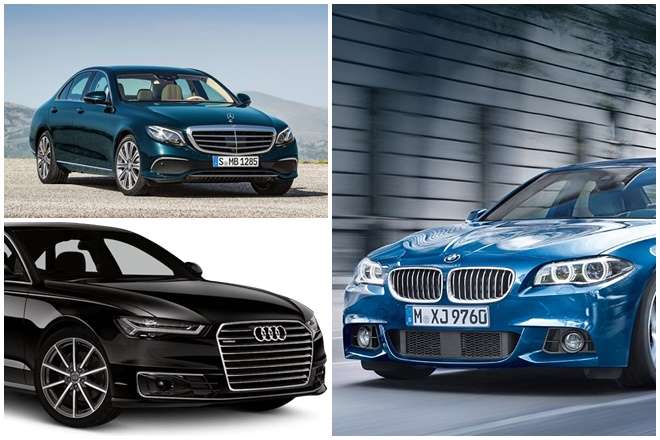 Finance Minister Arun Jaitley today hiked the customs duty of imported auto components by 5 percent to 15 percent with which Imported trucks and buses along with luxury cars and SUVs and premium motorcycles assembled in India are set to become expensive by almost 5 percent. Luxury auto-makers are already disappointed with the hike in cess in high-end cars and SUVs and now hike in customs duty will further increase the cost. However, it remains to be seen if OEMs absorb this additional cost or pass it on to its customers.

In the Budget for 2018-19, Finance Minister Arun Jaitley increased customs duty on CKD (completely knocked down) imports of motor vehicles, cars, SUVs, two-wheelers from 10 percent to 15 percent.Fully imported cars and SUVs which come to India via the CBU route will now attract an import duty of 25 percent as compared to 20 percent earlier. The government also raised customs duty on specified parts/accessories of motor vehicles, motor cars, motorcycles from 7.5 percent to 15 percent.

“To further incentivise the domestic value addition and Make in India in some such sectors, I propose to increase customs duty on certain items,” the finance minister said. Society of Indian Automobile Manufacturers believes that this move to increase duty on components would impact the entire automobile industry.

“Since every company has to import some kind of components, the increase is going to impact everyone. Companies with greater exposure to imported articles would be impacted more,” said Sugato Sen, Deputy Director, SIAM said.

These items account for more than 50 percent of USD 43.5 billion domestic component industry?s turnover and over 30 percent of its USD 11 billion exports, he added. “The industry is extremely competitive in these areas and this measure will not only encourage investments but also encourage technology development in these areas,” Minda said.

Welcoming the move to hike duties on imported truck and bus radial tyres, JK Tyre and Industries Chairman Raghupati Singhania said it would help domestic manufacturers.Deloitte Automotive Sector Leader Rajeev Singh said that increasing the turnover range of MSME companies from 50 crores to 250 crores to pay a standard corporate tax rate of 25 percent will benefit nearly 8,000 auto component players as nearly 90 percent of these fall under MSME category. EY India Tax Partner Automotive sector Gaurav Karnik said that with a view to promoting the Make in India programme the customs duty rates have been increased on automobile parts, CBU and SKDs. “However, there has been no extension of direct tax benefits for R&D which was much needed keeping in perspective the upgradation to BS VI emission standards,” he added.

Aditya Looma, Jt. Managing Director, Eco Rent a Car – I believe through this budget the government is trying to promote the concept of shared economy and people need to adapt to the mode of renting things than buying.As luxury cars becoming expensive we will see a decline in terms of buying but we are hopeful that it will revive the renting market. Also, this budget is focused towards travel and tourism sector as the government is planning steps like increasing facility towards important monuments, increasing airport and road infrastructure.