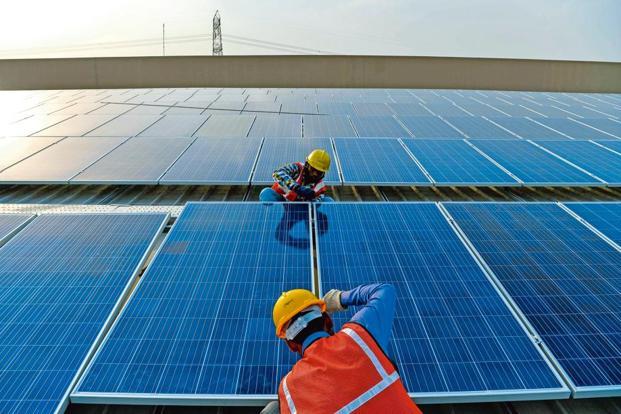 Brookfield has approximately $40 billion in assets under management for its renewable energy business. Photo: AFP

Mumbai: Canada-based Brookfield Asset Management Inc. is looking to increase its focus on renewable energy in India, said two people aware of the firm’s plans, on the condition of anonymity. The asset manager has so far been focussing largely on the real estate and roads segment.

Last December, Brookfield Renewable Partners LP had announced that, along with its institutional partners, it had closed the 100% acquisition of TerraForm Global Inc. for $750 million.

TerraForm Global owns and operates a 952 megawatt (MW) portfolio of solar and wind assets in Brazil, India and China.

“Brookfield had not been active on the renewable side in India, while globally renewables is a huge business for them. The TerraForm acquisition gave Brookfield a 300MW portfolio of renewable assets in India and, having closed that acquisition, they are now looking at a larger play in the renewable sector in India. So far they had been focused on real estate and roads, where they have invested significant capital in the country,” said one of the person cited above.

Brookfield has approximately $40 billion in assets under management for its renewable energy business, with 840 power-generating assets and over 2,300 employees across hydro, wind and solar energy segments.

The Canadian investor owns 217 hydroelectric power generating assets, around 3,500MW of wind assets and 1,500MW of solar assets. In August 2015, Brookfield had made its maiden investment in the Indian infrastructure space with the acquisition of the road assets of Gammon Infrastructure Projects Ltd.

In 2016, it signed an agreement to acquire the office and retail assets of Hiranandani Developers Pvt. Ltd in Mumbai’s Powai at a valuation of about $1 billion.

In April, it had bought out Equinox Business Park, the commercial property in Mumbai’s Bandra-Kurla Complex, from the Essar Group for ₹2,400 crore.

According to the second person cited above, the Canadian investment firm is looking to bolster its team as it looks to ramp up focus on renewables.

Brookfield has recently hired Nawal Saini, director, infrastructure, at Canada’s second largest pension fund Caisse de dépôt et placement du Québec (CDPQ), he added. Saini had joined CDPQ in September 2017. He has joined Brookfield as a senior vice president. “Nawal joined Brookfield last week and will be part of the team that will look at renewable investments,” he added.

Email queries to Brookfield did not elicit any response till press time.