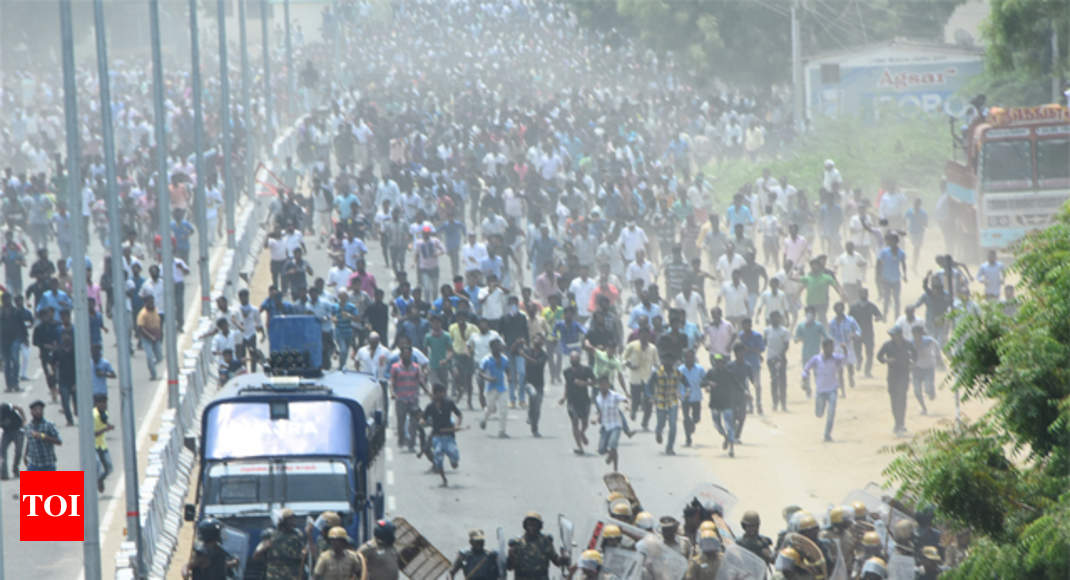 A fissure has emerged in the unified pressure groups that brought tens of thousands together in protest against the Vedanta Sterlite factory at Thoothukudi in Tamil Nadu.
Fishermen have claimed they have been “brainwashed” into picketing the district collector’s office in a demonstration against the copper smelter that led to police firing on the crowd, resulting in the death of 13 people. The Left-leaning Makkal Adhikaram (People Power), which had stood against other big-ticket projects such as the Kudankulam nuclear power plant, has denied the charge of having influenced the fishermen into taking up aggressive methods of demonstrations.

The charge from fishermen arrives well over a month after the two-decade-long protests against the copper smelter touched a violent nadir. Police opened fire on May 22 after waves of protesters pushed through barricades and marched towards the collector’s office on the hundredth day of protests against the factory. The shockwaves reached as far the United Nations and British Parliament, where the main Opposition Labour Party called for the delisting of Vedanta Resources from the London Stock Exchange.

Amid reports that the massive turnout was a result of the unification of various social pressure groups in Thoothukudi, fishermen, in a letter to the District Legal Services Authority at the Thoothukudi district court, placed on record that lawyers associated with Makkal Adhikaram held propaganda meetings in villages near the Sterlite factory. The target audience was particularly inhabited by fishermen — Madha Kovil area, Threspuram and other localities — where it was planted in the minds of the people that gheraoing the collector’s office was the only way to ensure permanent closure of the factory.

“Through videos on social media and by directly meeting with people at protest sites, lawyers Hariraghavan and others [from Makkal Adhikaram] made speeches that roused passions and drove home the notion that picketing the collector’s office should be our sole target…,” read the letter. Robert Villavarayan, president of the Thoothukudi Country Boats Association, told ET:“We hear that the lawyers who whipped up all passions are claiming to have nothing to do with it, and are pointing fingers at fishermen. This disturbs us a lot.”

The police had arrested lawyer S Vanchinathan for allegedly inciting violence during the protests. With his bail plea in court, the rebuttal from fishermen is seen by the lawyers for Vanchinathan as a result of fear psychosis prevailing among fishermen. “The fishermen are under immense stress because of the police slapping multiple cases against them. Their blaming Makkal Adhikaram should also be seen as a consequence of the immense pressure of arrests and threats of prosecution,” said Subbu Muthu Ramalingam, a lawyer who had appeared from Vanchinathan in court recently.

Thoothukudi superintendent of police Murali Rambha told ET the police had “no role to play” in the letter submitted by the fishermen. In a press statement on Monday, Makkal Adhikaram raised questions over the absence of any mention of police brutality in the letter. “No one had said it was the fishermen who spearheaded the protests on May 22. In the letter from fishermen, there has been no condemnation of the killings by the police. There is no evidence of free will on the part of fishermen in this complaint,” it said. Makkal Adhikaram state coordinator S Raju also clarified that lawyers Vanchinathan and Hariraghavan mentioned in the fishermen’s letter were not members of the organisation.

Multiple sources said it was decided by 23 associations — including those representing the people staying near the factory — to shun the idea of picketing the collector’s office on May 22. Instead, it was decided that a final protest would be held at SAV Grounds, many miles away from the chosen destination. Meanwhile, responding on a batch of litigations on the violence, the Madras High Court on Monday asked the state government for its response on the plea that the investigations be handed over to the Central Bureau of Investigation.