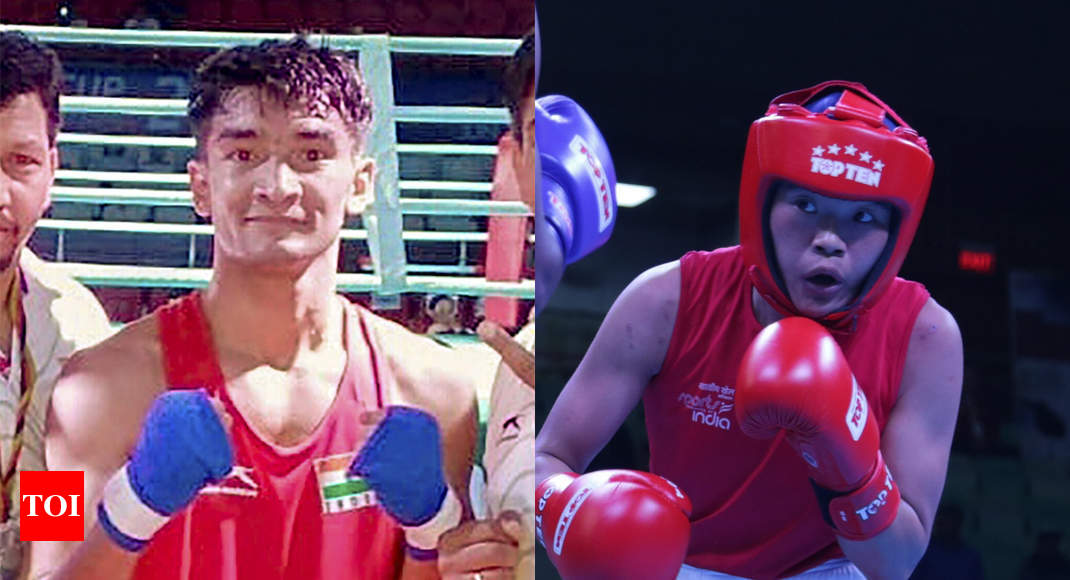 NEW DELHI: Shiva Thapa (60kg) claimed a place in the Indian boxing team for the Asian Games after winning the trials, whereas Sarjubala Devi clinched the 51kg spot in the women’s squad — a category that had been thrown open after MC Mary Kom pulled out of the equation due to a shoulder problem.

Most of the team was finalised without trials, based on performances in the international tournaments and the national camp, but the men’s 60kg and 64kg and the women’s 51kg division were decided following trials here on Friday.

Shiva, a former world bronze-medallist and a three-time Asian medallist, defeated Commonwealth Games silver-medallist Manish Kaushik. Sarjubala, on the other hand, got the better of former CWG bronze-winner Pinki Jangra.

“All the results were one-sided. The winners claimed unanimous victories and there was no doubt in anybody’s mind who had clinched the bouts,” said a coach who was present at the trials.

The rest of the squad was picked on expected lines despite some discontent over denial of trials in a few weight categories.

The most notable among the men was the 69kg division in which two-time CWG medallist Manoj Kumar was picked, ignoring Mandeep Jangra, who was India’s lone gold-medallist at the recent Ulaanbaatar Cup in Mongolia. Jangra has been vocal in expressing his displeasure over not being given a chance in a trial.

Among the women, Mary Kom had made it clear at the Commonwealth Games itself that she would be opting out of the Asiad to rest and recuperate after a gruelling season. The five-time world champion had competed in four tournaments in the space of six months, claiming three gold medals and a silver.

The 35-year-old, who claimed a gold in Gold Coast, is expected to be back in action at the World Championships to be held in New Delhi in November.