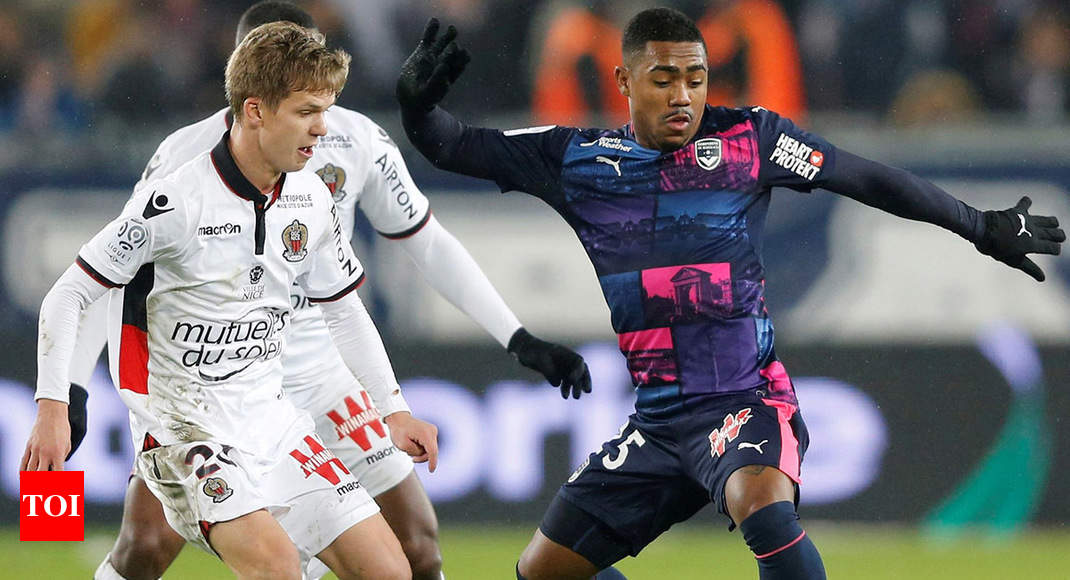 BORDEAUX: Bordeaux have blocked the transfer of Brazilian winger Malcom to Roma after a last-minute bid for the player from Barcelona, said a source from the French club on Monday.

“There has been an approach from Barca,” the source confirmed, after Bordeaux had reached an agreement earlier in the day to sell Malcom to Italian giants Roma.

The 21-year-old had been expected to arrive in Rome on Monday night for a medical on Tuesday before joining his future teammates on their pre-season tour of the United States the following day, but had his flight cancelled by the Ligue 1 outfit at the last moment.

Barcelona made contact with Bordeaux following the failure to sign Brazil international Willian from Chelsea and, according to Italian media reports, made a bid larger than the reported fee of 38 million euros ($44.4 million) struck with Roma.

Malcom had been a reported target for several European clubs, including Premier League sides Arsenal and Tottenham Hotspur, but English clubs may have been put off from making a bid as he needed a UK work permit to play in the Premier League.

Roma finished third in Serie A behind champions Juventus and Napoli to qualify for the 2018/19 Champions League group stage, having reached the semi-finals of the competition last term.