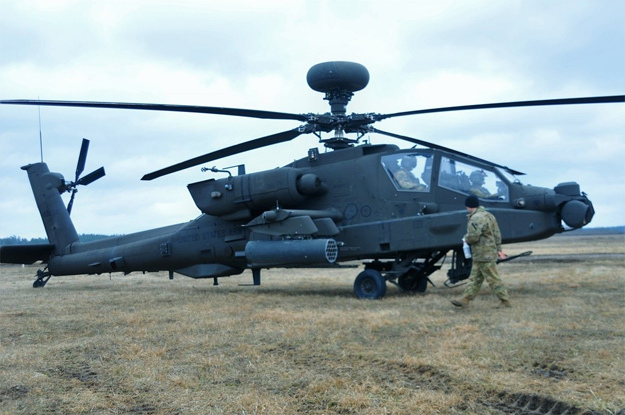 NEW DELHI: American aerospace giant Boeing on Friday said it has completed the first flights of Apache and Chinook military helicopters which will be delivered to India next year.
India is procuring 22 Apache attack helicopters and 15 Chinook heavy-lift choppers from Boeing.

He said India will receive the most-advanced versions of both AH-64E Apache and CH-47F Chinook helicopters.

“Indian industry partners such as Dynamatics is building large sections of Chinook, and the Tata Boeing joint venture in Hyderabad is building the complete fuselage of the Apache,” he said in a statement.

India had finalised a contract with Boeing for 22 Apaches and 15 Chinooks for the air force in September 2015.

Additionally, the defence ministry had last year approved procurement of six Apache helicopters, along with weapons systems, from Boeing at a cost of Rs 4,168 crore for the Army which will be its first fleet of attack choppers.

AH-64E Apache is one of the leading multi-role attack helicopters globally and is flown by the US Army.

The Chinook is a multi-role, vertical-lift platform, which is used for transport of troops, artillery, equipment, and fuel.

It is also used for humanitarian and disaster-relief operations, in missions such as transportation of relief supplies and mass evacuation of refugees.

Fuselages for this Army order will be produced by Tata Boeing Aerospace Limited, the joint venture between Boeing and Tata Advanced Systems in Hyderabad.

Indo-US defence ties have been on an upswing in the last few years.

In addition to these foreign military sales (FMS) cases valued at $1.62 billion, India has purchased $2.82 billion in defence articles since 2013 via the direct commercial sales process. These include aircraft, gas turbine engines and electronics, among other categories of major defence articles.

In 2016, India was also awarded the status of a US major defence partner, which allows India to receive licence-free access to a wide range of military and dual-use technologies.