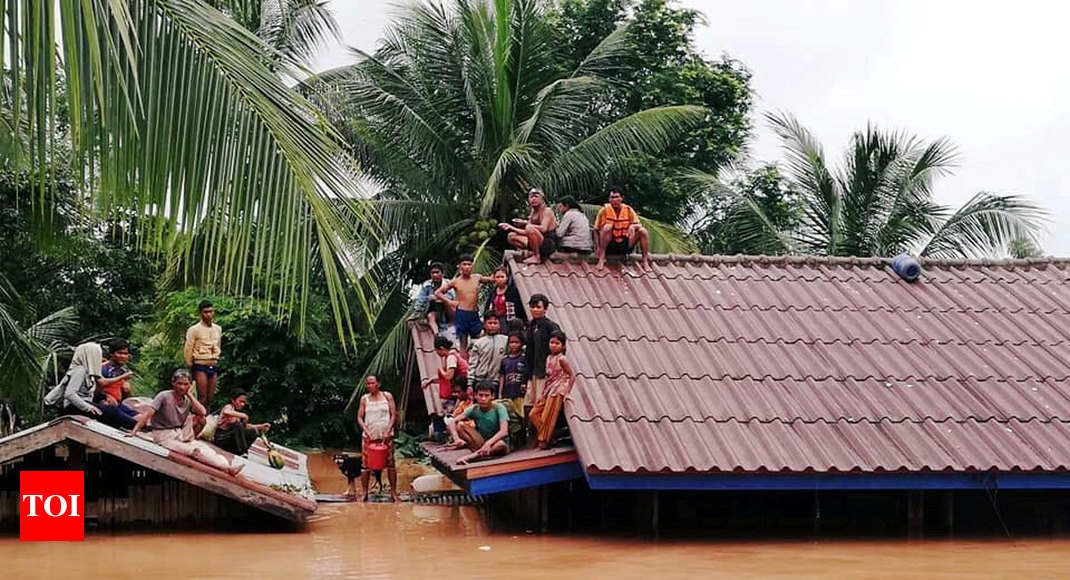 CHAMPASAK (LAOS): The bodies of 17 people have been recovered after flash floods caused by a dam breach in southern Laos, a Thai consular official at the scene told AFP Wednesday.
A wall of water was unleashed Monday after parts of the dam were washed away, sending floods surging downstream, sweeping away homes and leaving an unknown number of people missing.

“There are 17 bodies recovered so far, but we can not estimate the number of missing yet,” Chana Miencharoen, said, adding roof-level flood waters have submerged several villages near the Xe-Namnoy dam.

“All the dead are Laotian … more than 6,000 are affected from eight villages near the dam,” he said, from the relief centre in Attepeu province, where the disaster occurred on Monday.

The remote area is only accessible by helicopter and flat-bottomed boats, with roads badly damaged by the flash flooding or completely washed away.

Communist Laos is criss-crossed by a vast network of rivers and scores of dams are being built or planned in the impoverished and landlocked country, which exports most of its hydropower energy to neighbouring countries like Thailand.

The South Korean partner in the hydropower project said on Wednesday it discovered the upper part of the structure had washed away 24 hours before it collapsed.

SK Engineering & Construction said it discovered the damage to an auxiliary dam at around 9pm on Sunday local time.

“We immediately alerted the authorities and began evacuating (nearby) villagers downstream,” it said in a statement.