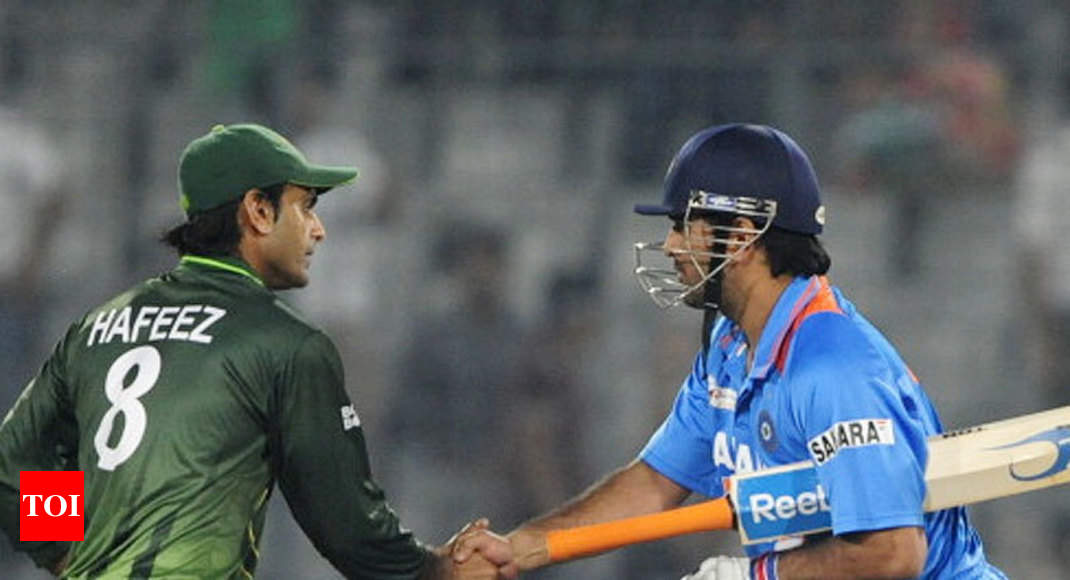 MUMBAI: The paradox of hedonism, one that refers to practical difficulties encountered in pursuit of pleasure, has taken the BCCI by the scruff of its collar right now. In pursuit of making the most of cricket’s juiciest clash anywhere in the world – which is India vs Pakistan – the two factions in Indian cricket (read: CoA & members) are busy fighting a proxy battle.

It was the Indian cricket board’s turn to host the Asia Cup tournament this year and the prospect of hosting Pakistan is the first that came to mind when the roadmap was laid out. In line with the mandatory procedures, the BCCI wrote to the home ministry of the central government, the Prime Minister’s office and the union sports ministry to ask for the necessary directives. In turn, the centre’s view on the matter was clear: Host it anywhere but India.

The Indian board then went ahead and decided to make the Emirates Cricket Board the host for the tournament. That decision now remains central to a very bitter battle brewing between members of BCCI and the court-appointed administrators running BCCI.

The members say by allowing Emirates Cricket Board to host the Asia Cup on behalf of India, the BCCI is making way for operational expenses to increase by more than double. The Asian Cricket Council (ACC) is committed to an allotment of US$2.5m to host the tournament and members add: “The tournament could’ve been hosted in any of the ACC nations and the costs would’ve been less than half of what is being spent right now”. The Emirates Cricket Board is also eligible for maximum revenue of US$5.5m from ticketing revenue to be earned from the entire tournament and anything in excess of that US$5.5m will come to BCCI.

It is only the prospect of an India vs Pakistan clash – not once, but twice – that brings value to a tournament like the Asia Cup purely from a commercial perspective. With the tournament scheduled to be played in the ODI format this year, and Star TV – official broadcasters – committed to nearly a US$95m payout for the overall ACC rights, the stakes are high.

In this high-stakes game, CoA – locked in a battle with the members – says the decision to shift the tournament to UAE and not any other neutral is based on certain justified and logical conclusions. “Bangladesh has already hosted the tournament thrice. Some freshness needs to be induced. Second, UAE will ensure gate revenue like no other neutral venue because of the diaspora. Third, the expenses being incurred for 13 Asia Cup matches are still less than expenses BCCI had incurred for 15 Indian Premier League (IPL) matches in 2014,” say sources.

But that’s not enough to convince members. They insist that there’s a “grander design” to the tournament being “gifted” to the Emirates Board and not any other country. That aside, the members do not agree with the financial figures being presented by the BCCI CEO’s office. “The figures being pedalled are hogwash. Why should India lose money for a tournament they don’t need to host in the first place? It’s a scam,” say members. The Asia Cup – scheduled for September this year – is caught in the middle of all this madness even as the Indian cricket team contemplates the idea of playing back to back matches, against Nepal and Pakistan on successive days, once the tournament begins.