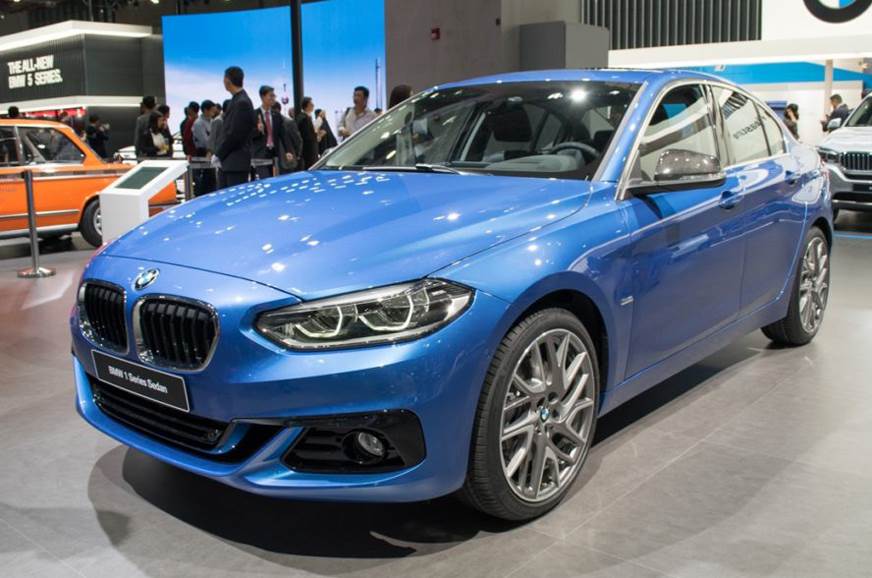 The BMW 1-series sedan went on sale in China back in late 2016. Termed as BMW’s smallest sedan, this model is being built in association with Chinese carmaker, Brilliance Auto. At launch, BMW had specifically announced that this model was tailor-made for the Chinese market and, in a way, said that it won’t make it to other markets.

However, we reported long ago that the company has had a change of heart and is looking to launch the 1-series in other markets in the future. Fast forward to 2018, BMW has introduced the car in the Mexican market – this means there are high chances of it being drafted in for service in other markets as well.

While the compact luxury sedan has not really taken off in the Indian market, BMW also lacks a direct rival to the Mercedes CLA and the Audi A3 sedan – both of which are projected to do much better numbers in the years to come in India. Additionally, the 1-series sedan could also take on the more conventional A-class-based sedan that will see a global unveil in the near future.

The 1-series sedan is based on the company’s latest flexible UKL1 platform that also underpins BMW’s X1 and the X2 SUVs. Unlike a typical BMW, the 1-series is not rear-wheel driven and comes with transversely mounted engines. This setup could make it as spacious at the back as a 3-series sedan. It also has typical BMW family styling that blends well with the rest of the company’s sedan line-up. It gets a decent features list that also includes an 8.8-inch iDrive system.

Engine options include a 1.5-litre, three-cylinder petrol and a 2.0-litre, four-cylinder petrol, which would be the pick of the lot. There is, however, no word from BMW yet on this model’s India entry.