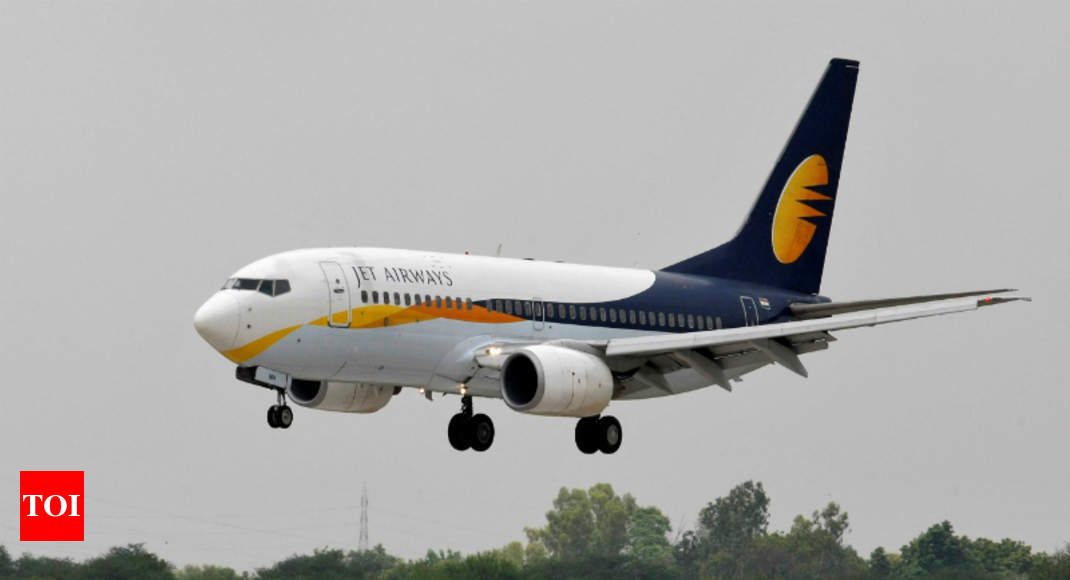 NEW DELHI: Blackstone Group is in talks to buy a stake in the loyalty program of troubled carrier Jet Airways India, exploring options to raise cash, people with knowledge of the matter said.

The private equity firm has expressed interest in a deal that could value Jet Privilege Pvt at about Rs 3,000 crore to Rs 4,000 crore, according to the people, who asked not to be identified because the information is private. Jet Airways has been seeking a higher valuation for the business, which is part owned by the Indian airline’s partner Etihad Airways, one of the people said.

Etihad owns 50.1 per cent of the loyalty program, while Jet Airways owns the rest. The transaction being contemplated by Blackstone would see both Jet Airways and Etihad remain investors in Jet Privilege, another person said.

Any deal would be dependent on Jet Airways also securing adequate funding for its airline operations, according to the person. There’s no certainty the deliberations will lead to an agreement, and other suitors could emerge for a stake in Jet Privilege, the people said.

Jet Airways is racing for funds as rising crude oil prices and intense competition in the Indian market eroded its cash amid losses. The carrier said Monday that it’s been evaluating funding options to meet liquidity requirements “on priority” and proactively working on multiple revenue enhancement and cost-cutting measures.

Shares of Jet Airways rose as much as 4.1 per cent in Mumbai on Thursday, trimming their losses this year to 65 per cent and giving the company a market value of $474 million. The stock is still headed for its worst year since 2011.

A spokesman for Blackstone said he couldn’t immediately comment, while a representative for Etihad declined to comment. Jet Airways referred to its statement issued Monday, saying reports on any move to monetize its investment in the loyalty program are “purely speculative.”

Under the loyalty program, frequent flyers of Jet Airways acquire so-called air miles, either by flying with the airline or spending on co-branded credit cards. Those miles can be accumulated to buy almost everything from air tickets to clothes and groceries at partner merchants.

Membership in the JetPrivilege loyalty program grew 30 per cent to 8 million customers in the year ended March 31. It posted a profit of Rs 177 crore in the latest financial year, according to Jet Airways’s annual report. Etihad, which owns 24 per cent of the Indian carrier, bought its stake in the loyalty program in 2013 for about $150 million.

Any cash from a stake sale would provide some respite for the Mumbai-based company, which faces Rs 3,120 crore worth of loan repayments due in the year through March 2019, according to ICRA Ltd. The local unit of Moody’s Investors Service lowered the airline’s debt rating in May by a notch to BB+ with a negative outlook, a level that signals moderate risk of default regarding timely servicing of obligations, citing its inability to pass on increasing fuel costs to consumers.

Jet Airways’s lenders are reluctant to extend additional loans, and they prefer that the company raises money from a share sale instead before they would commit to any fresh credit, people familiar with the matter said earlier this week. Banks are waiting for auditors’ endorsement of Jet Airways’s financial accounts after the airline delayed announcing its earnings last week, according to the people.

The carrier had total debt of Rs 9,430 crore at the end of March, according to data compiled by Bloomberg. That’s equivalent to 55.4 times its earnings before interest and taxes in the most recent financial year, up from 4.9 times a year earlier, the data show.

The company needs as much as $500 million in cash immediately and must refinance $400 million of debt, backed by a guarantor, to keep the business sustainable, Kapil Kaul, South Asia CEO for CAPA Centre for Aviation, said earlier.

Other airlines that have sold stakes in their loyalty programs include Virgin Australia Holdings Ltd. Four years ago, the country’s second-biggest carrier sold a 35 percent stake in its frequent-flyer plan, Velocity, to Affinity Equity Partners for A$336 million ($242 million).