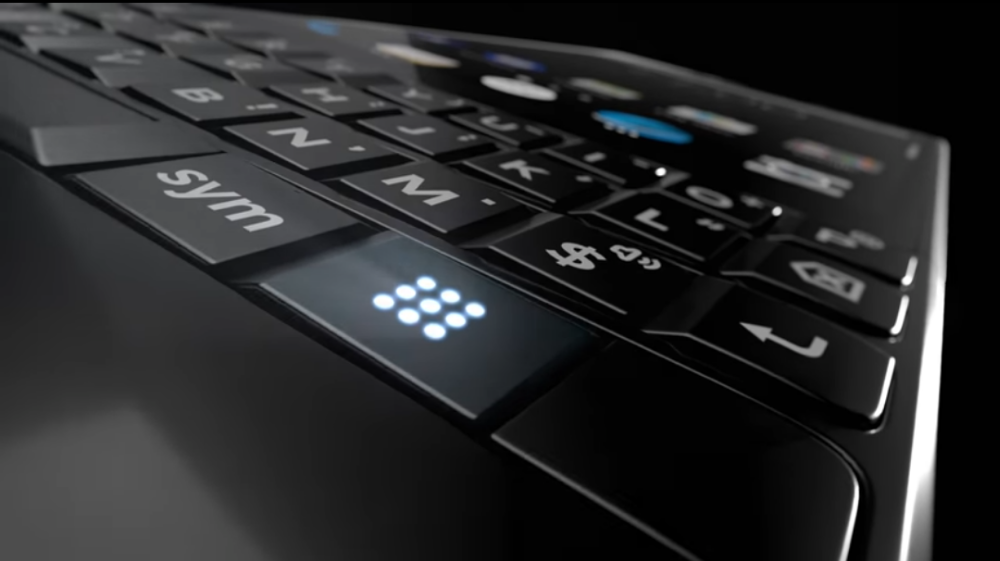 BlackBerry KEY2 has officially been teased ahead of its June 7 launch. The latest development emerges days after the handset appeared on GeekBench to reveal its key specifications. The new BlackBerry model will come as the successor to the BlackBerry KEYone that the Canadian giant launched in February last year with a full QWERTY keyboard and a touch-supported display.

The 25-second teaser, which doesn’t reveal any internal hardware details, gives us a glimpse of what BlackBerry has designed this time. The teaser video initially shows the back of the BlackBerry KEY2 that appears to have a textured panel with a shiny BlackBerry logo. After that, it moves the rear-facing optics that are compressed in a dual camera setup and are supported by an LED flash module. The video also highlights the dark metal frame and concludes with a brief appearance of the all-new keyboard that is likely to have many improvements over the keyboard featured on the previous BlackBerry KEY series handset.

Notably, the keyboard featured in the teaser video matches the design of the keyboard that was leaked in a couple live images last month. It seems to include a dedicated key that will open the app drawer on the screen. Lastly, the handset appears to include a touchscreen panel that might have an upgraded resolution over what the BlackBerry KEYone offered in the past.

Price and availability details of the BlackBerry KEY2 are likely to be announced at the time of its formal launch that is happening in New York City. Meanwhile, the Geekbench listing of the handset confirmed that it will run Android 8.1 Oreo out of the box and will be powered by an octa-core Snapdragon 660 SoC, coupled with 4GB and 6GB RAM options. The handset is expected to come with a USB Type-C port and support 4G LTE alongside offering dual-SIM connectivity.