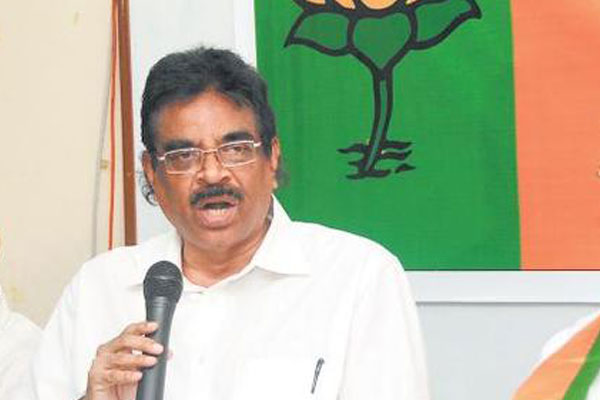 Contesting the Telugu Desam Party’s claim that injustice was meted out to Andhra Pradesh in the Union Budget, BJP’s State president and Visakhapatnam MP K. Haribabu said here on Sunday the NDA government would complete all projects and fulfil the promises in the coming days.

The BJP leader said the Central government would implement all the provisions in the AP Reorganisation Act -2014 including the Polavaram project.

“It is immaterial whether there is a specific mention of the Polavaram project in this Budget or not,” he said.

The MP said Central institutions like the IIM-Visakhapatnam, IIT-Tirupati, the NIT- Tadepalligudem and the IIPE-Visakhapatnam were already functioning.

Only a few a projects such as the Tribal and the Central universities, railway zone, steel plant at Kadapa and port in Dugarajapatnam were pending, he added.

“I am confident that the BJP will take a decision on these issues soon and concede the demand for railway zone soon,” he said.

Mr. Haribabu said the NDA government was committed to completing the Polavaram project as Union Minister for Water Resources Nitin Gadkari had visited it and promised to do so once in a fortnight to review the progress.

Describing the Budget as pro-poor and pro-farmer, Mr. Haribabu said it would accelerate economic development and the Narendra Modi-led NDA government would return to power at the Centre in 2019.