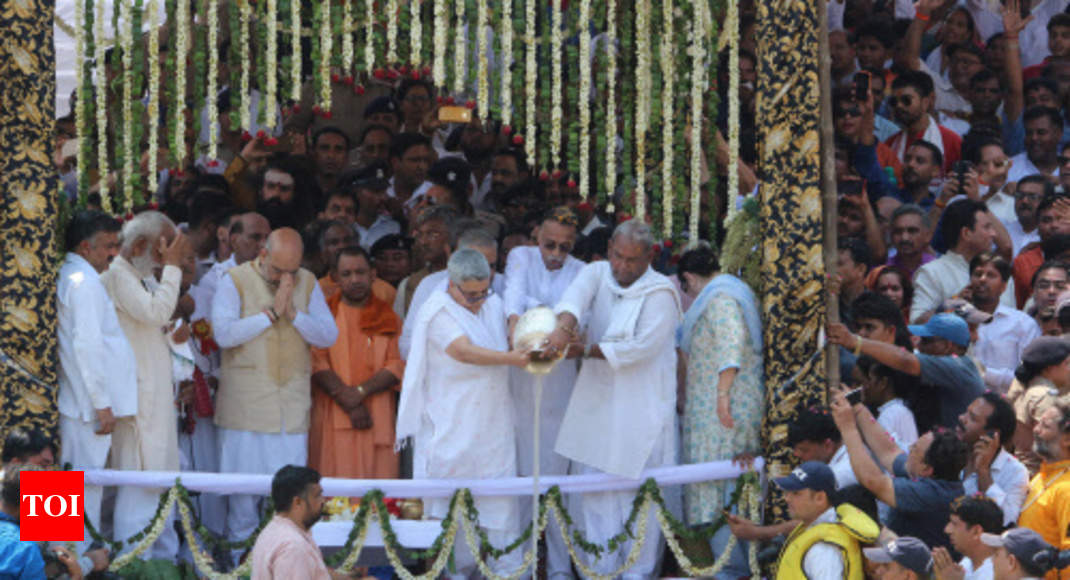 LUCKNOW: BJP on Sunday modified its programme to send 18 urns carrying former PM Atal Bihari Vajpyee’s ashes for immersion in various rivers of UP. Instead, the ashes would be immersed simultaneously in all rivers of the country on Tuesday.

Top UP BJP sources confirmed to TOI that the programme in UP has been rescheduled to coincide with immersion of Vajpayee’s ashes in various other states. Sources said the ashes would be immersed in at least 100 rivers spread over 29 states and seven Union territories.

When contacted, UP BJP vice-president JPS Rathore said Vajpayee was one of the tallest leaders who rose above politics and was respected across the political and social spectrum. “The immersion of his ashes in various rivers of the country will be an apt tribute to him,” he said. BJP’s move to invoke Vajpayee is seen by political experts as a step to establish a direct emotional connect with people and invoke his legacy nationally ahead of the Lok Sabha elections in 2019. Sources said BJP top brass has asked its MPs, MLAs and MLCs to be part of the programme in their respective constituencies.