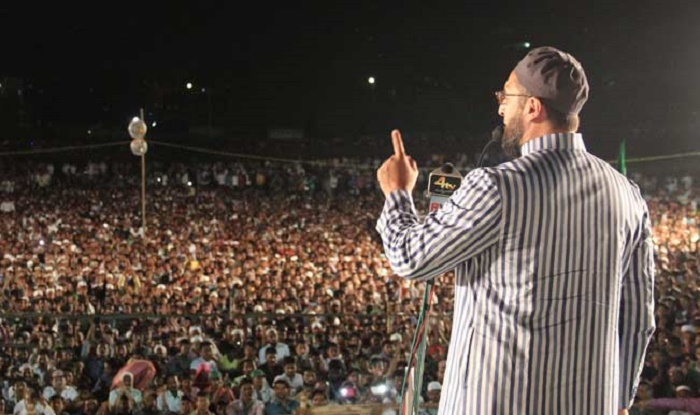 The All India Majlis-e-Ittehad-ul Muslimeen or AIMIM Chief Asaduddin Owaisi has sparked yet another controversy as he alleged that RSS-BJP wants a Dalit-Muslim Mukt (Free) Bharat.

Owaisi who is also Member of Parliament from Hyderabad constituency was addressing a huge public meeting in Aurangabad of Maharashtra on 22nd January 2018.

Speaking at Aam Khaas maidan, AIMIM chief said, “Muslims and Dalits have to wake-up because BJP-Sangh Parivar is suppressing the down trodden and weaker section of the society.”

The MP of Hyderabad alleged that Sangh parivar’s ideology, Guru Golwalker’s ideology, Hegdewar ideology, Sawarker ideology wants to convert Muslims into Hindutva and it is now required that Dalits and Muslims unite and wake up against these kind of effort and say that they will not accept Hindutva ideology.

Pitching for Dalit-Muslim unity, controversial AIMIM leader Asaduddin Owaisi said that the Dalit-Muslim Unity is the need of the hour to stop oppression, discrimination by Sangh Pariwar.

Owaisi also tweeted on Triple Talaq Bill: “40,000 people at Aurangabad Aam Khaas Ground which also included women all opposed the Triple Talaq Bill as it is against Muslim women, against Right to Equality, there is no need for such flawed law.”