Categorized as
104
Tagged as
Gujaratsmartphone
Related 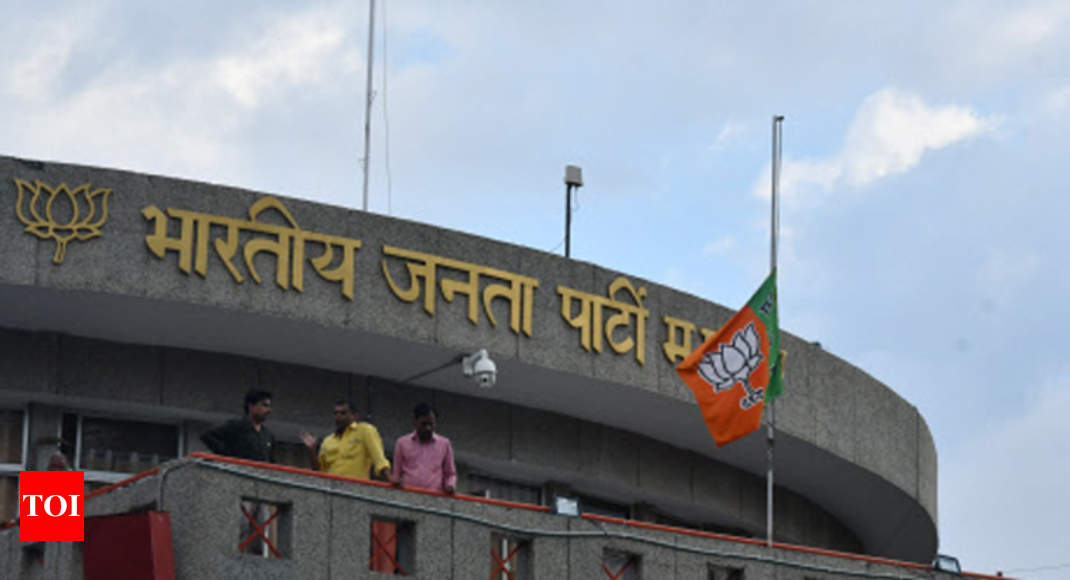 Three months ahead of the crucial Chhattisgarh assembly elections, BJP is following the tried and tested strategy of affirmative action by rolling out populist schemes to court every segment of the electorate.
Over the past 15 years of BJP rule, Chhattisgarh has become a model of affirmative action. Be it giving subsidy to buy agricultural equipment or free graduate education for girls or tractor subsidy, the state has tried all schemes. In the last leg of its third term, BJP is expected to follow the same policy. The government is publicising its schemes and is in the process of rolling out new ones before the model code of conduct is clamped by the Election Commission.

The two major schemes that have been rolled out over the past fortnight include Sanchar Kranti Yojana and Mukhyamantri Tiffin Distribution Scheme.

The 1,467-crore Sanchar Kranti Yojana holds out the promise of a free smartphone to women representatives of 40.89 lakh rural poor families in villages with a population of 1,000, women representatives of 5.56 lakh urban poor families and 5 lakh college students. Officially touted as a scheme to increase mobile penetration in Chhattisgarh, the scheme is politically targeted at women and the youth –– two votebanks that the party’s internal surveys show garner angst against the ruling BJP for unemployment and inflation.

Mukhyamantri Tiffin Distribution scheme targets 10.3 lakh workers under Mahatma Gandhi National Rural Employment Guarantee Act (MNREGA). It promises mid-day meals to workers who have been working regularly for a month over the last three years under MNREGA. It targets the poorest of the poor. A senior state BJP leader, who did not wish to be identified, told ET, “There is an obvious anti-incumbency against the government –– what else can anyone expect in a state which has been successfully ruled by a single party for 15 years. But with these schemes and the achievements under other schemes, we hope to tide over this. There would be more such schemes in the next fortnight.”

While there is curiosity about the new schemes, the angst against the government is evident in rural areas. In Banrasi village of Raipur district, women openly ask about employment. “Smartphones are alright. Who wouldn’t want a new phone. But then what about a more lasting solution – employment? We have to move out to look for work,” says Shashi Kala.

In nearby Bilaspur district, villages see what is known in local dialect as “palayan karna” or moving out to other states for employment. In villages like Kewtara, almost 90% of the population moves out to neighbouring Gujarat and Maharashtra to brick kilns. The Opposition, however, has sensed an opportunity in the new schemes to run down the government’s track record. Congress has already rolled out short videos questioning the rationale.

Chhattisgarh Congress president Bhupesh Baghel said, “Welfare schemes are different from populist measures. Such schemes are not sustainable and put an unnecessary burden on the exchequer.”