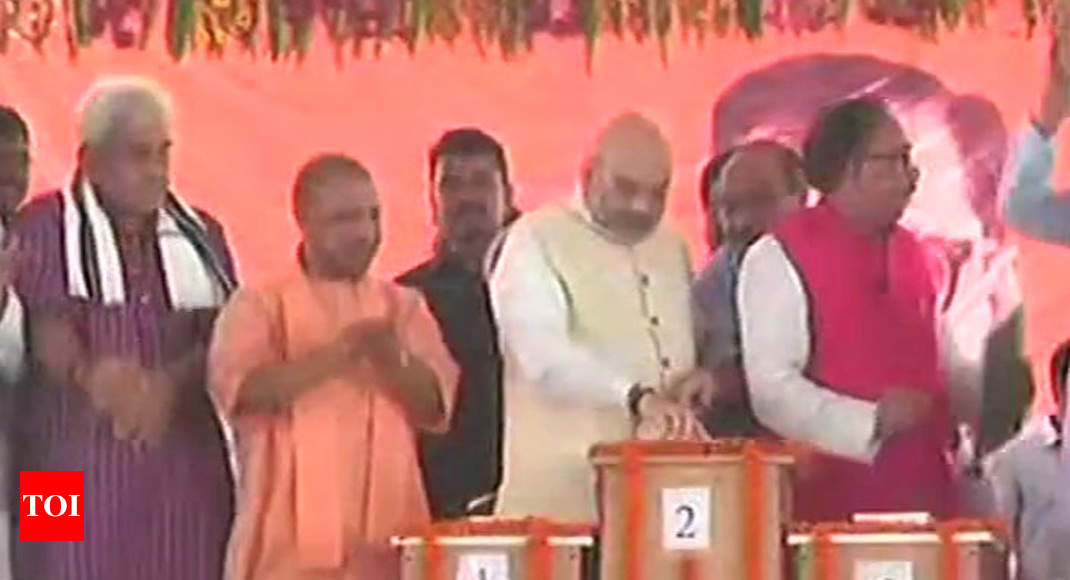 At the event, which was also attended by Union minister Piyush Goyal and UP chief minister Adityanath, the BJP president questioned the opposition parties about their stand on the issue of illegal immigrants in the country.

Shortly after his speech, Shah was criticized by his former party member, Yashwant Sinha, for his “political remarks” at the ‘government-funded event”. The former BJP leader was not happy with Shah using the event, which was organized at government’s cost, as platform for political campaign for his party.

The Mughalsarai stn renaming function was an official one arranged at govt cost. Did it behove Amit Shah to ask for… https://t.co/xKYHT2NFZd

Today, the iconic Mughalsarai railway station was renamed as Pandit Deen Dayal Upadhyay railway station in the memory of the founder of the Bhartiya Jan Sangh leader whose body was found on one of its platforms in 1968.

The BJP president, addressing the gathering present at renaming ceremony, thanked and congratulated the Uttar Pradesh government for its development work in the city, which has already been named after Bhartiya Jan Sangh founder in 2017.

Even since Updhyay’s body was found on one of its platforms in 1968, the RSS had been demanding to rename the station in its leader’s memory.

On paper, Mughalsarai station got a new name after Uttar Pradesh Governor Ram Naik gave his assent to the proposal in June.

The Centre gave its in-principle approval last year to the state government’s proposal to rename the station, which is among the busiest in the country.

The move drew flak from the opposition which accused the ruling party of attempting to tamper with history.

UP BJP chief Mahendra Nath Pandey today said the BJP governments in the state and at the Centre had imbibed Deen Dayal Upadhyay’s philosophy of ‘antyodaya’, or caring for the last person in society.