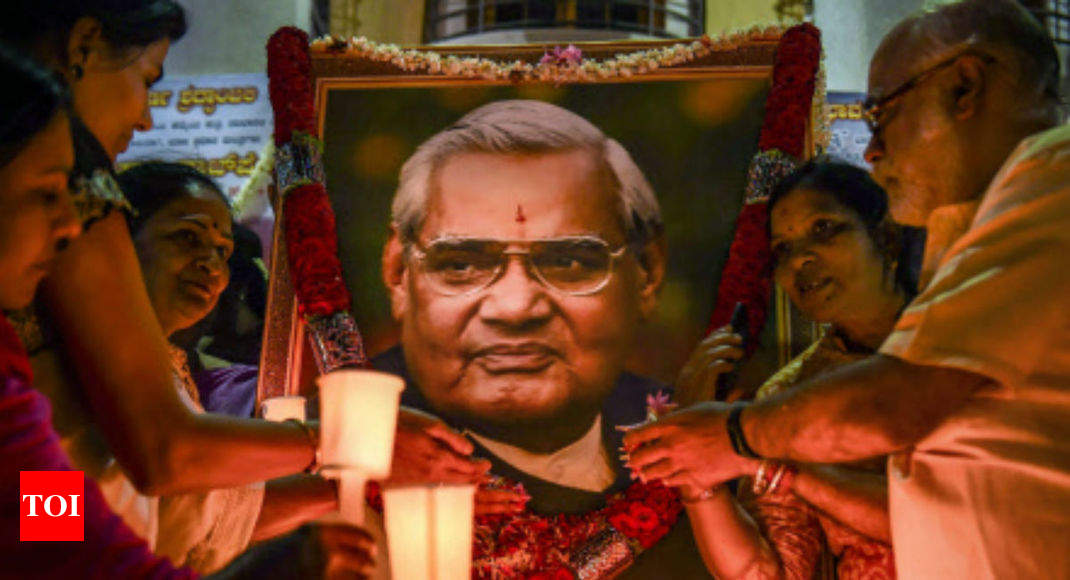 LUCKNOW: The BJP on Sunday postponed its programme to bring ashes of former PM late Atal Bihari Vajpayee to Lucknow till August 21. The ashes were scheduled to be brought to the state capital on Sunday before being dispatched to various districts for being immersed in rivers across the state.
While BJP leaders said that the programme was postponed for known reason, sources said that the party wanted senior leaders including party chief Amit Shah to attend what it called a ‘Kalash Yatra’.

UP BJP chief Mahendra Nath Pandey said that a minister and a senior functionary of the party will be part of the ‘Kalash Yatra’ in different districts. UP CM Yogi Adityanath had on Friday announced that the ashes of Vajpayee will be immersed in rivers across the state.

“Vajpayee ji had a long association with Lucknow. It was his emotional karmbhoomi,” Pandey said.

The BJP has also decided to organise an all party ‘Shraddhajali Sabha to pay homage to Vajpayee at Jhule Lal park near Nadwa college on August 23. The party will be sending an invitation to all chiefs of political parties, including Samajwadi Party, BSP and Congress to attend the Sabha. Subsequently, the party will organise prayer meetings in all districts on August 25.