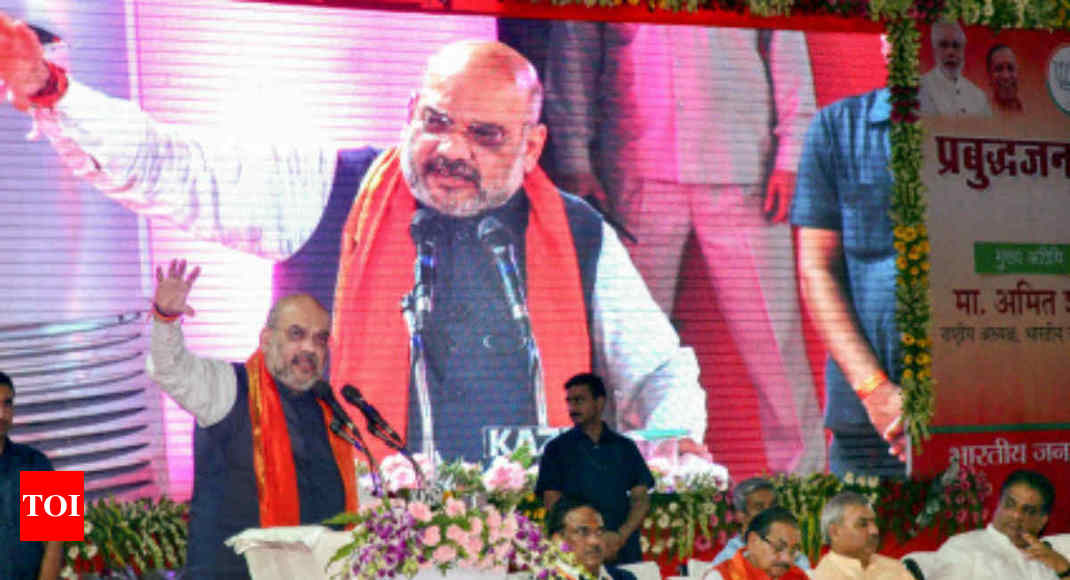 AGRA: BJP president Amit Shah on Thursday said the Congress and the other opposition parties had no ideology and relied on caste or on a family.

Only the BJP was committed to principles and an ideology, he told party workers and a select gathering of people here.

Winding up his two-day tour of Uttar Pradesh, he said the country was in a bad shape when the Narendra Modi-led NDA came to power. The term of the UPA was full of corruption scams, he said.

Shah said the Yogi Adityanath government in UP was doing a good job on the law and order front and the criminals were now fleeing the state.

During the terms of the Bahujan Samaj Party and the Samajwadi Party, the law and order situation in the state was deplorable, he said.

Shah said the BJP has also done a lot for the welfare of the farmers.

Earlier, the BJP president held three rounds of discussions with party leaders from western Uttar Pradesh on strategy for the 2019 Lok Sabha elections.

On Wednesday, Shah met party workers in Varanasi and Mirzapur.