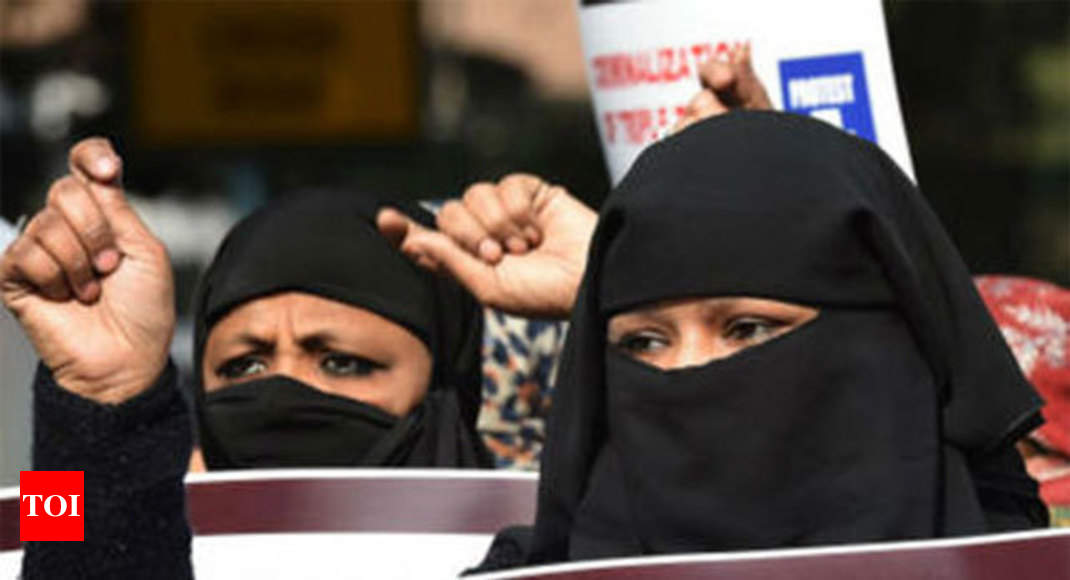 NEW DELHI: The BJP is likely to rope in 24-year-old Nida Khan, a victim of instant triple talaq, to highlight its fight against the practices of instant triple talaq and nikaah halala.
ET has learnt that Nida Khan, who had met Uttarakhand BJP leaders earlier this month for the purpose, has now expressed a desire to join the party from a national forum, preferably from Lucknow or Delhi.

The BJP leadership is likely to take a call on the matter soon.

The Uttarakhand BJP had earlier considered taking 35-year-old Shayra Bano, one of the original petitioners against instant talaq in the Supreme Court, into the party.

The matter is still pending.

“We have received such a request and have referred the matter to the Delhi leadership. They will decide whether Nida Khan will join from Lucknow or Delhi,” said UP BJP president Mahendra Nath Pandey.

“We will be more than willing to take her in whenever the leadership decides to do so,” Pandey said.

Nida Khan, a resident of Bareilly in Uttar Pradesh, runs an NGO for the benefit of the victims of instant talaq and domestic violence. She was recently in news after a cleric associated with Dargah-e-Ala Hazrat issued a fatwa last month to socially boycott her. Later, she filed an FIR against her husband and two other clerics regarding the same.

When contacted, Nida Khan told ET that she has been dealing with the issues of instant triple talaq, polygamy and halala at the district level for over two years now. “There are other cases of domestic violence that keep coming up. I want to tackle the issue on a national scale and not just from Bareilly, which is why I want to join the BJP from Lucknow or Delhi. I am yet to be informed about when and where to join from,” she said.

Khan was given instant talaq in 2016 by Sheeran Raza, who belongs to the family of the head of Dargahe-Ala Hazrat. She contested the divorce in a civil court that declared it invalid. Khan alleged that she had a miscarriage in 2015 after her husband physically assaulted her.