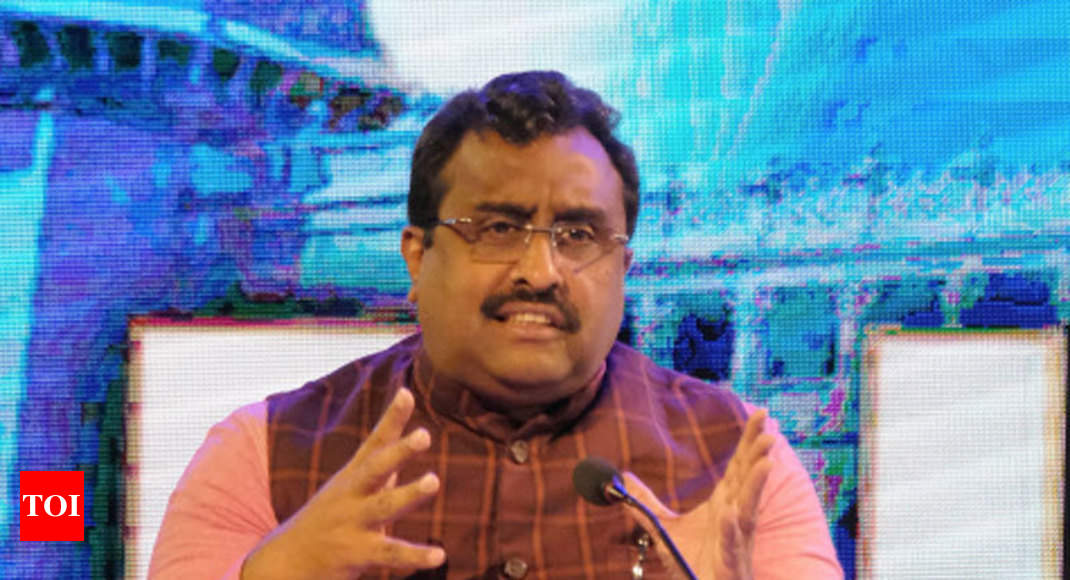 NEW DELHI: The BJP has left the government in Jammu and Kashmir but not the state, senior BJP leader Ram Madhav said on Tuesday.

Madhav, who is in charge of the party’s affairs in the state, said sometimes governments are formed but they do not last.

“We have left the government in Kashmir but we have not left Kashmir,” Madhav said while speaking at a launch of book on the RSS.

He said when the alliance was formed with the PDP it was clear that both parties were diagonally opposite to each other. The BJP pulled out of the alliance in June, resulting in falling of the government in the state after about three years.

Talking about the RSS and its involvement in politics, Madhav said the Sangh stays out of politics,”but there have been occasions when it had to get involved, and 2014 elections was one such occasion.”

Madhav, who had been associated with the  (RSS) before being sent to the BJP, said it is a myth that the RSS controls the government from outside as an extra constitutional authority.

Talking about affiliates of the RSS, Madhav said some of these outfits have championed the issues raised by the Left and have even occupied that space.

Replying to an question on Section 377, which criminalises homesexuality, he said it should be looked into.