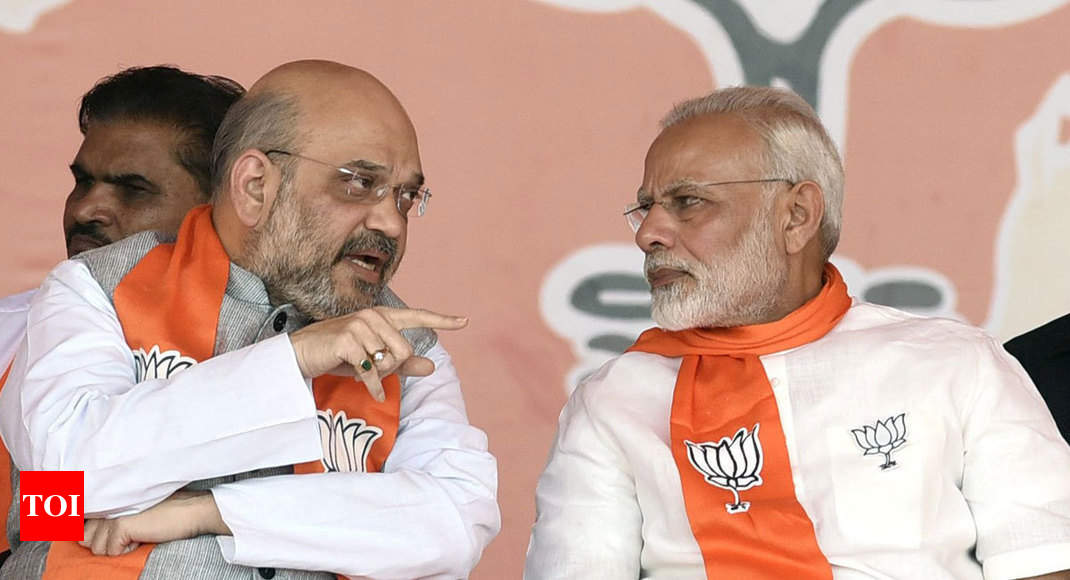 NEW DELHI: Amid signs of increasing opposition unity ahead of the next Lok Sabha polls, the BJP hopes to consolidate its support base with a mix of Dalit-OBC plank and the Hindutva agenda on the back of its all out support to bills linked to backward communities and a campaign against illegal immigrants.

A number of party leaders, including its office-bearers, told the PTI the raging row over National Register of Citizens in Assam has the potential to pitchfork the issue of illegal Bangladeshi immigrants into the national prominence and make it a vote-grabbing cause for the BJP, especially in the eastern states and in parts of the Hindi heartland as well.

BJP president Amit Shah has been constantly raising the issue to corner the opposition by projecting his party as the one batting for national security while the rivals concerned with their vote banks.

The saffron party is also working overtime to ensure that the support it had received from sections of Dalits and Other Backward Classes in the 2014 elections remains by and large intact in 2019, despite the reverses it suffered during several bypolls in states like Uttar Pradesh and Rajasthan.

Party managers said the introduction in the Lok Sabha of a bill, that seeks to overturn a Supreme Court order that had “diluted” a law on atrocities against Dalits, will boost their efforts to win over sections of the community.

The community’s support is crucial to the BJP’s fortunes in UP where arch-rivals SP and BSP have joined hands .

The BJP had won 71 and its ally Apna Dal two of the state’s 80 Lok Sabha seats in 2014 and a united opposition, many believe, has made the prospect of a repeat of such a feat rather difficult.

The BJP is hopeful that the bill will be passed by Parliament in the ongoing Monsoon Session which ends on August 10. It is banking on another legislation to strengthen its support among OBCs.

The Lok Sabha last week passed a bill that seeks to confer constitutional status on an OBC commission, giving it powers at par with commissions for Dalits and tribals.

The BJP has been projecting the bill as a proof of its commitment to the community.

A party leader said all these issues will find a mention in its national executive meeting scheduled to be held on August 18-19 here.