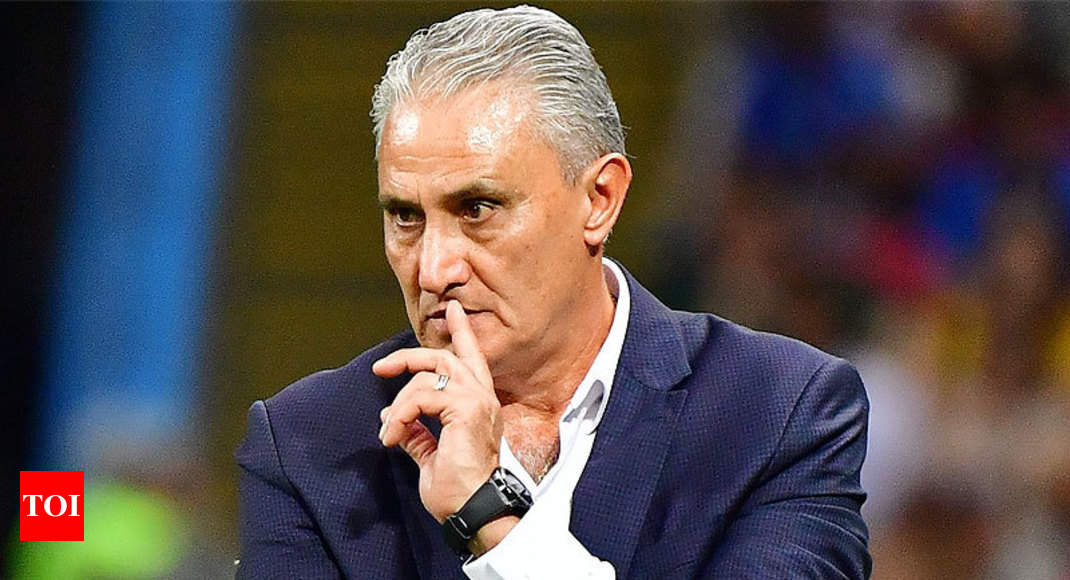 KAZAN ARENA: Brazil coach Tite left questions hanging over his future but refused to point the finger as the five-time champions crashed out of the World Cup after a 2-1 quarter-final defeat to Belgium.

Four years after the drama of Neymar’s injury and a humiliating 7-1 semi-final defeat to Germany on home soil, Brazil were forced back to the drawing board as they followed neighbours Argentina, Uruguay and Colombia in exiting the tournament earlier than hoped.

Brazil had been undefeated in their last 15 games under Tite, a streak in which a resurgent Selecao had conceded only three goals.

Their World Cup hopes were turned upside down in 31 first-half minutes when Fernandinho’s 13th minute own goal put Belgium ahead before a superb strike from Kevin De Bruyne left Brazil, and Neymar, staring at a spectacular defeat.

Tite admitted it was a “bitter” defeat, but he brushed aside suggestions he could resign.

“I will do a general assessment of the match and our campaign, but I won’t be making any comments on individuals.

“This is not very human. And we also have to look at the global context.

“We played a match in which we had lots of possession, a lot of opportunities, but in terms of effectiveness… Belgium managed to turn their opportunities into goals.

“They weren’t superior to us on the pitch, but more efficient. That’s certain.”

Neymar, who appeared in great form when scoring once and setting up another in a 2-0 last 16 win over Mexico, failed to spark on the night despite testing Belgium ‘keeper Thibaut Courtois at the death.

The Paris Saint-Germain star, left in tears at the final whistle, refused to talk to waiting media.

Real Madrid defender Marcelo, who was a threat to Belgium throughout thanks to his marauding runs down the left flank, summed up feelings when he said: “It was a horrible night.”

Tite could only concur.

“It’s a heavy, bitter feeling. This was very hard for us to swallow,” he said.

“I’m not going to say we were unlucky. Belgium have top quality players like De Bruyne, (Romelu) Lukaku, (Eden) Hazard and even (Vincent) Kompany and Courtois.

As Brazil’s dream of a record-extending sixth World Cup ended, Roberto Martinez’s Belgium ended a 32-year wait to reach the final four of the tournament.

The Red Devils will now play France, who eliminated Uruguay 2-0 earlier in the day, in an enticing all-European semi-final.