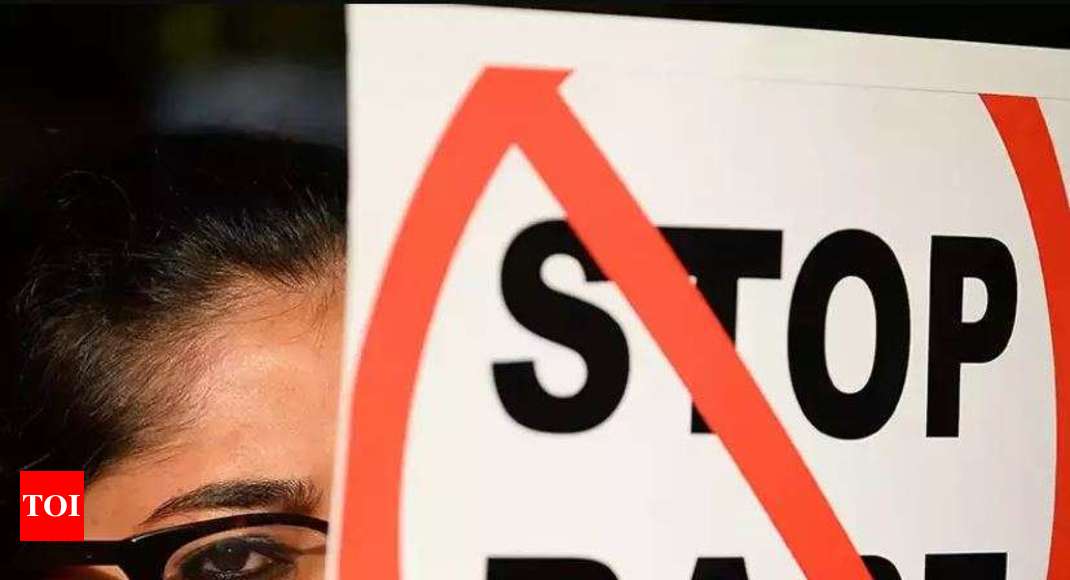 NEW DELHI: Parliament on Monday passed a legislation prescribing stringent punishment, including death penalty, to those convicted of raping a girl below 12 years of age. The law replaces the Criminal Law (Amendment) Ordinance that was promulgated on April 21, following an outcry over the rape and murder of a minor girl in Kathua in Jammu and Kashmir and the rape of another woman at Unnao in Uttar Pradesh.

The bill, which was passed in Lok Sabha on July 30, was approved by a voice vote in the upper House only after a debate with some members from the opposition demanding that it be sent to a select committee for scrutiny— the main concern being that death penalty may put the survivor of sexual assault at risk of being killed by the accused. Also there was demand for making the law gender-neutral.

The ministry of women and child development is processing a proposal to bring amendments to the Protection of Children Against Sexual Offences Act 2012 to make it gender-neutral.

Replying to a debate, junior home minister Kiren Rijiju said the government brought the bill, as in the last few months, “heart-rending incidents of rape of under- aged girls have taken place in the country”.

Rijiju said four states had already brought in law in their respective assemblies for capital punishment to those who rape girls below 12 years. The states are Madhya Pradesh, Rajasthan, Haryana and Arunachal Pradesh.

“We have introduced certain changes in the Indian Penal Code, Criminal Court Procedure, Evidence Act and there are consequential effects on prevention of atrocities against children,” the minister said.

The deadline for the completion of trial in all rape cases will be two months. A six-month time limit for disposal of appeals in rape cases has also been prescribed. There will also be no provision for anticipatory bail for a person accused of rape or gang rape of a girl under 16 years.