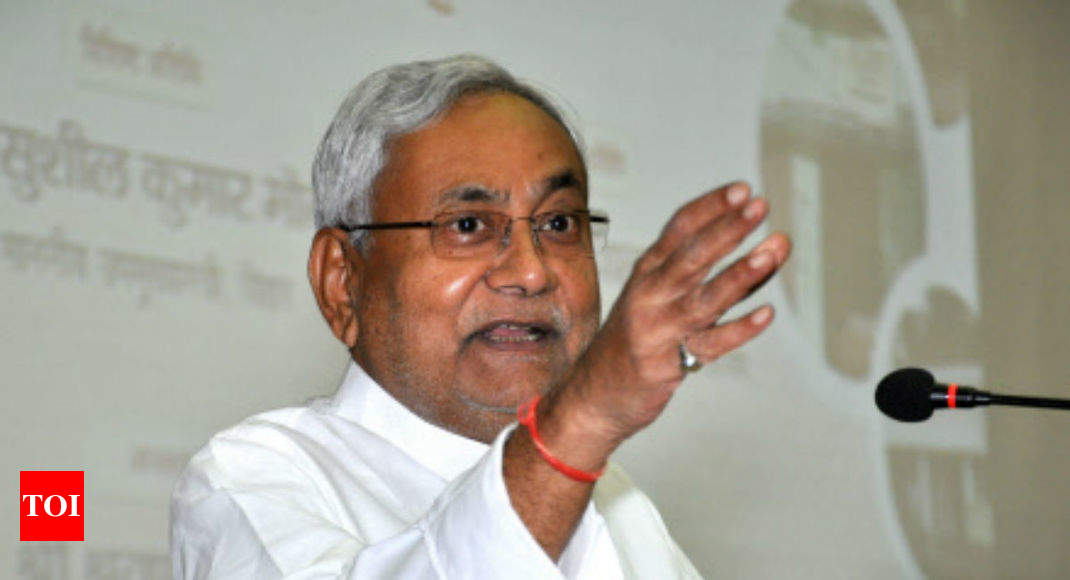 PATNA: Bihar CM Nitish Kumar on Friday questioned the authenticity of the UPA government’s Socio Economic Caste Census-2011 (SECC-11), saying names of many poor families in different districts of the state were left out during the centre-sponsored survey.

Addressing an official function organised to distribute bank passbook and symbolic keys among the beneficiaries of the Pradhan Mantri Awas Yojana-Gramin in the state capital here, Nitish said, as per the current provisions the beneficiaries under the PMAY-G were selected from the families included in the SECC-11. “But, it is not necessary that all data of SECC-11 are correct. Even during the survey which was conducted by a central government’s agency, we had raised voice and categorically pointed out that the agency was not doing its work properly in Bihar,” CM said.

Union minister of state for rural development and Pataliputra MP Ram Kripal Yadav was also on the dais when Nitish made this remarks.

Nitish further urged the Centre especially Ram Kripal to include the name of the state’s all those poor people in the beneficiaries’ list of PMAY-G whose names were left out in the SECC-11.

He also asked the state’s rural development department (RDD) officials to prepare a separate list of the state’s left-out poor families and ensure its submission before the Centre prior to September 30, so that the union RDD could take a decision on the matter. The Centre and the state contribute fund in the ratio of 60:40 under the PMAY-G.

CM further pointed out that earlier dwellings for poor people under the Indira Awas Yojna (IAY) were used to be built in cluster in rural areas after 1985-86. “Now, most of such clusters are under dilapidated condition and not suitable for living. Several of them have been destroyed. As per the current provisions under the PMAY-G, the previous beneficiaries of the IAY can’t be helped under the PMAY-G.,” Nitish said and urged the Union minister to take corrective measures to include all those in the PMAY-G beneficiaries whose old dwellings have become dilapidated.

Nitish also announced different incentives for employees engaged in the construction of the houses under the PMAY-G.

Earlier Ram Kripal, in his speech, assured the state government that he would ensure inclusion of the left-out families in the PMAY-G’s beneficiaries list, if the names of such families were provided before September 30.