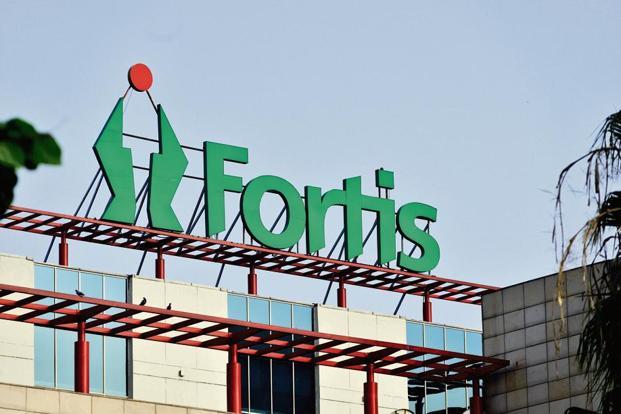 Mumbai: Prospective bidders, wary of the ongoing investigation into financial irregularities at Fortis Healthcare Ltd, are unlikely to bid aggressively for the troubled hospital operator that is running on an emergency cash infusion.

The deadline for receiving bids for Fortis Healthcare is 9.30am today.

Mint spoke to executives who work with two prospective bidders and one of them said they were still debating if the company should place a bid at all. Another entity which had shown interest earlier is also likely to stay away, said a third person on condition of anonymity. 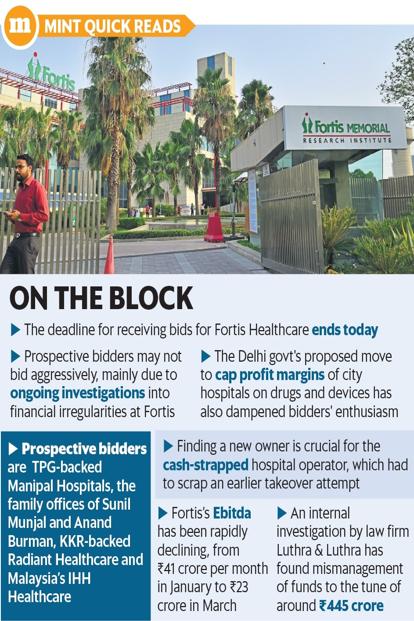 Finding a new owner is crucial for the cash-strapped hospital operator, which had to scrap an earlier takeover attempt after a prolonged bidding process in which Fortis’s board considered as many as five offers. New revelations about financial impropriety by the erstwhile owners of Fortis and a proposed new policy by the Delhi government has, however, dampened the enthusiasm of some bidders.

“Our investors are worried,” one of the two people cited above said, referring to the deteriorating financials of the firm and a proposed move by the Delhi government to cap profit margins of city hospitals on drugs and devices.

The Delhi government move is estimated to impact Fortis’s operating profit by as much as ₹50 crore a year, this person claimed.

“This is on top of an already declining Ebitda at the firm,” the person added. Fortis’s Ebitda has been rapidly declining, from ₹41 crore per month in January to ₹23 crore in March.

This, coupled with a ₹500 crore fine on Fortis Escorts Heart Institute and land-related issues at some of its hospitals, will affect the bids, the person said. Fortis is contesting the fine.

“You start delaying it and then all the bad things come out,” the person said. “We are still going through some numbers… We are yet to arrive at a valuation.”

Mint on 8 June reported that the due diligence on Fortis Healthcare has unearthed unpaid vendors’ bills of ₹450 crore, a ₹503 crore penalty on its subsidiary Fortis-Escorts Heart Institute and undisclosed land-related issues at three of its hospitals, which are also a matter of concern for prospective bidders, which include the family offices of Sunil Munjal and Anand Burman, TPG-backed Manipal Hospitals, KKR-backed Radiant Healthcare and Malaysia’s IHH Healthcare.

The second bidder Mint spoke to was not particularly concerned about the ongoing issue of alleged money laundering at the firm.

“That’s a one-time hit. We are not bothered by that. But, we do care about what the government agencies have to say about this,” the person said.

Mint on Monday reported that serious differences have emerged between brothers Malvinder and Shivinder Singh, former promoters of Fortis, with younger sibling Shivinder at pains to distance himself from the alleged irregularities and decisions taken in the past two years at the hospital chain. Malvinder, who stepped down as executive vice-chairman in February, has countered this, saying that all decisions were taken collectively with Shivinder being informed about it.

The allegations and counter-allegations have surfaced once government agencies opened a probe against the brothers after an internal investigation by law firm Luthra & Luthra found mismanagement of funds of about ₹445 crore.