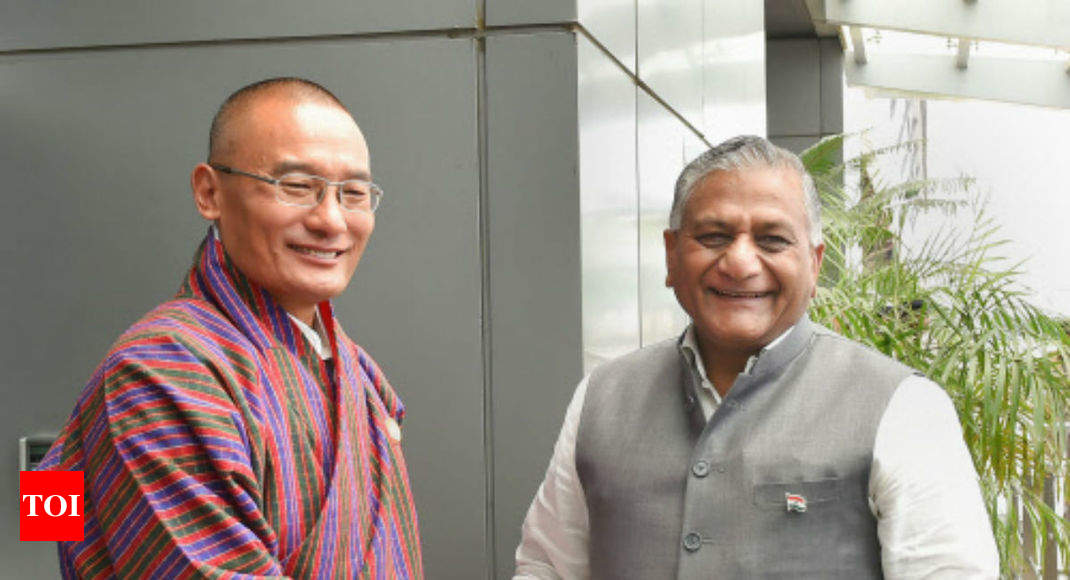 Tobgay arrived here on a three-day visit this afternoon.

In a tweet, Ministry of External Affairs (MEA) spokesperson Raveesh Kumar said Swaraj and the Bhutanese PM held “warm discussions” to take the ties between the two countries to new heights.

“Exceptional, time-tested and everlasting relationship! EAM @SushmaSwaraj called on Prime Minister of #Bhutan @tsheringtobgay. Warm discussions on taking the relationship to new heights during the Golden Jubilee Year of establishment of diplomatic relations,” he tweeted.

In their talks, Modi and Tobgay are expected to deliberate on the situation in Doklam tri-junction, the site of a 73-day-long standoff between Indian and Chinese armies last year.

On Tuesday, the MEA said his visit would provide an opportunity to advance the “exemplary ties of friendship” between the two countries.

In February, Tobgay had visited Guwahati to participate in an investors’ summit on the sidelines of which he and Modi had held talks.

Troops of India and China were locked in a 73-day-long standoff in Doklam from June 16 last year after the Indian side stopped construction of a road at the disputed Doklam tri-junction by the Chinese army.

Bhutan and China have a dispute over Doklam.

The face-off ended on August 28. China and Bhutan are engaged in talks over the resolution of the dispute in the area.

Togbay was received at the airport by minister of state for external affairs V K Singh.