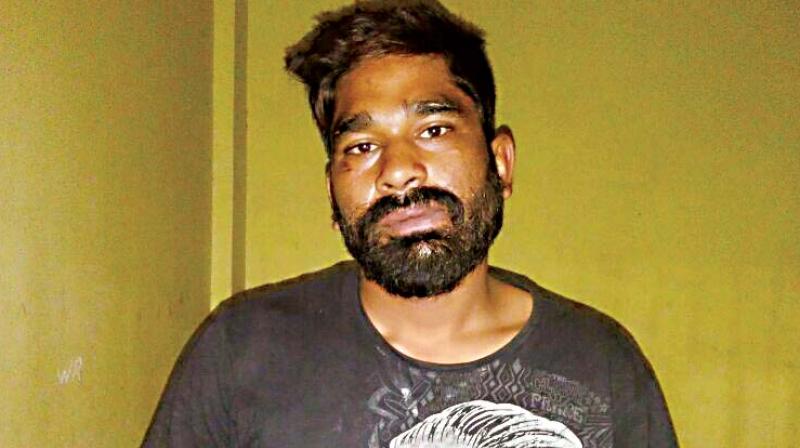 Bengaluru: The Banaswadi police arrested a 25-year-old man for flashing in front of his ex-girlfriend’s house, threatening to kill her for breaking up with him and hurting her mother with a knife. The incident took place on March 31, but came to light only on Wednesday.

The accused has been identified as John, a resident of Subbanapalya.

The complainant, a 22-year-old woman, was in love with the accused for the past seven years and broke up with him recently. She lives along with her widowed mother in the same area.

The police said that around 9.30 am on March 31, John came to the victim’s house and threatened to kill her if she refused to get back to him. The victim’s mother, who came out of the house after hearing the commotion, tried to advise him and told him to stay away from her daughter. But he allegedly manhandled her by pushing her aside. He then flashed at his ex-girlfriend and spoke vulgarly about her and her mother. He also took out a knife and cut her mother’s hand. He assaulted the victim and threatened to kill her if she tries to get in touch with any other man.

Immediately after the incident, the victim and her mother filed a complaint with the Banaswadi police.

The Banaswadi police arrested the accused and booked him under IPC Section 354 (outraging the modesty of women), 307 (attempt to murder), 324 (voluntarily causing hurt by dangerous weapons), 506 (criminal intimidation), 509 (word, gesture or act intended to outrage the modesty of a woman) and Arms act.