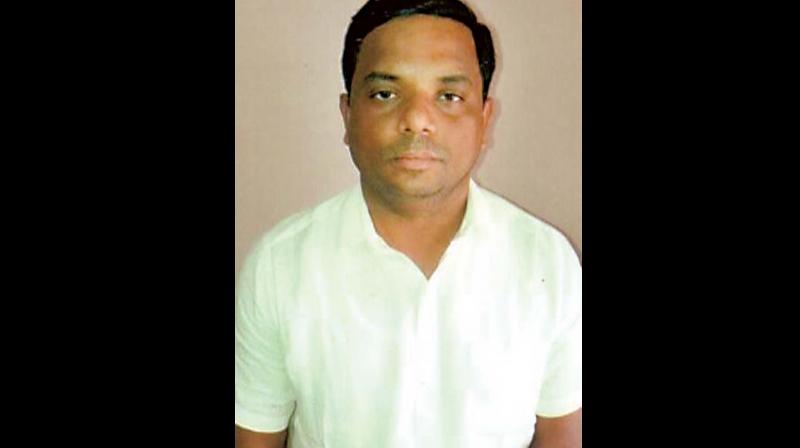 Bengaluru: A day after his arrest in a Rs 94 lakh cheating case involving a jeweller from whom he procured gold biscuits and mangalsutras while posing as BJP MLC V. Somanna, another complaint has been filed against L. Somanna by a bank manager, who alleged that the conman duped him to the tune of Rs 2.40 crore.

L. Somanna was arrested by the Basaveshwara Nagar police on Tuesday. Doreswamy, the manager of the Karnataka Bank branch located on the ACMM Court premises on Nrupatunga Road, has filed the complaint with the Vyalikaval police stating that Somanna introduced himself as a politician and financier in September last year and asked Doreswamy to open his account in the branch, saying he would do large transactions.

Doreswamy’s trust in Somanna increased after the conman told him that he was contesting elections from the Molakalmuru assembly constituency and he needed currency of Rs 100 and Rs 200 denominations. Somanna made transactions of Rs 15-20 lakh from his account.

As Somanna kept transacting in big amounts, he and Doreswamy became closer. Somanna told the bank manager that he would receive large amounts under various government schemes which he promised to deposit in the same branch.

Doreswamy stated that on December 4, 2017, Somanna visited the bank and requested for `2.40 crore immediately. He told the manager that a contract worth crores was at its final stages and he would get it if he paid the amount the same day. Somanna told the manager that he would return the money with a high interest.

Doreswamy fell into the trap and handed over the money from the bank to Somanna at Shell petrol pump on Sankey Road. After the deal, Somanna started ignoring Doreswamy’s calls and avoided meeting him. After months of failed attempts, Doreswamy lodged a complaint at the Vyalikaval police station on Wednesday.

The Vyalikaval police are considering taking the custody of Somanna, a resident of Sahakara Nagar. He hails from Mysuru and is now in the custody of Basaveshwara Nagar police.