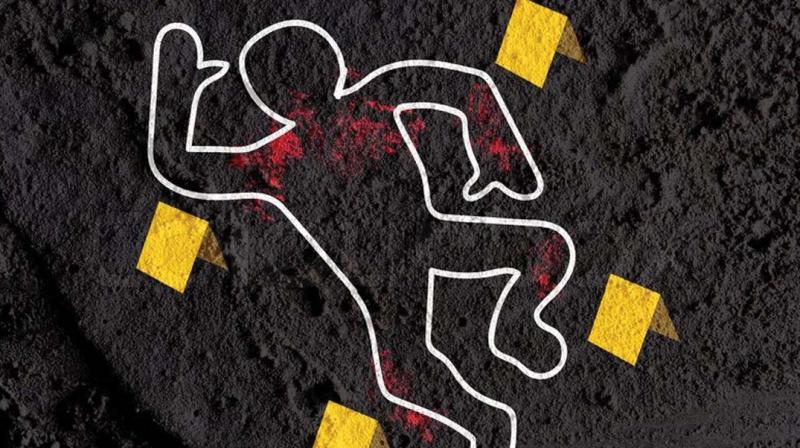 Bengaluru: A 67-year-old retired BHEL employee was found strangled to death at his house in J.C. Nagar on Sunday. Prima facie, the police suspect someone known to the deceased might have committed the crime.

The deceased, Nanjundaswamy, was a resident of 4th Main, 8th Cross, Kamalanagar in J.C. Nagar. He is survived by a son from his first wife, who passed away some time ago, the police said.

The probe revealed that the murder took place on Sunday night and came to light on Monday when Nanjundaswamys’ nephew came to visit him. The nephew told the police that he found Nanjundaswamy lying on the floor motionless. The door was open, and the television and fan were on. He alerted the police, who along with fingerprint experts visited the spot and carried out the investigation.

The police said that strangulation marks were found on the neck of the deceased and there was no weapon found at the crime spot. Preliminary investigations revealed that the assailant did not commit the murder for gain as cash and other valuables were intact in the house. As there was no forced entry, the police suspect that someone known to the victim has committed the crime.

Nanjundaswamy had two wives and both of them have passed away. His son, Pramod, from his first wife Yashodha, lives on the first floor of Nanjundaswamy’s house, the police said. Victim’s second wife was Maraka. The police are looking into the angle of property dispute. The victim’s body was shifted to Victoria Hospital for postmortem. Basaveshwaranagar police have registered a case.