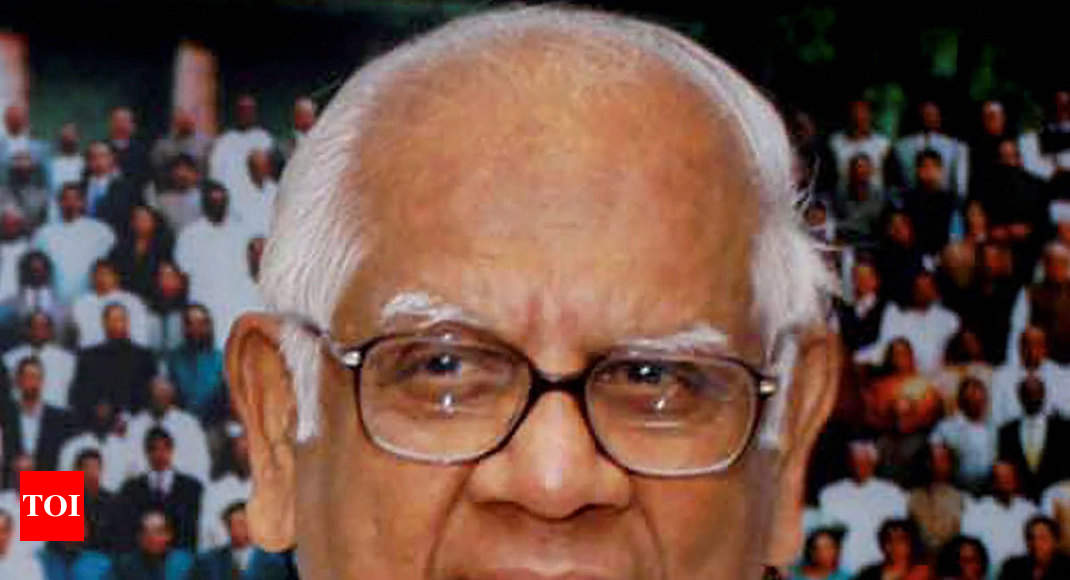 KOLKATA: Condoling the demise of former Lok Sabha Speaker and veteran parliamentarian Somnath Chatterjee, a section of CPM leaders in West Bengal today “expressed regret” for not being able to re-induct him into the party.

Chatterjee was expelled from the CPM in 2008 for refusing to resign as speaker after his party withdrew support to the UPA-I government over the India-US nuclear deal.

He passed away at a city hospital this morning at the age of 89 after battling a prolonged illness.

Senior CPM leader Nepaldeb Bhattacharya said many leaders visited Chatterjee in the last few years to convince him to rejoin the party, but the issue could not be resolved.

“It will be a lifelong regret for all of us that we could not take him back into the party. We are facing a tough situation today and it would have been of great help if he was with us. We tried to woo him back in the past, but failed in our efforts,” he added.

Sujan Chakraborty, a central committee member of the CPM, said Chatterjee’s relation with the party members continued even after his expulsion.

“We always shared a very cordial relation with him. I wish he had continued as a member of the party… His death is an irreparable loss to all of us,” he stated.

Hailing Chatterjee as a parliamentarian who fought for secular and democratic forces, CPM state secretary Surjya Kanta Mishra said leaders across the political spectrum loved and respected him.

“He was not in touch with the party in the last few years but that does not matter, he was above the party. The role he played in parliamentary democracy and for secular and democratic forces cannot be seen in context of a party…

“Even after giving up his responsibilities, he stood for secular and democratic forces,” Mishra said.

Another CPM leader, who did not wish to be named, said the “arrogance” of the then leadership of the party had led to his expulsion.

The CPM state committee postponed its meeting after the news of Chatterjee’s death reached the party headquarters in the morning.